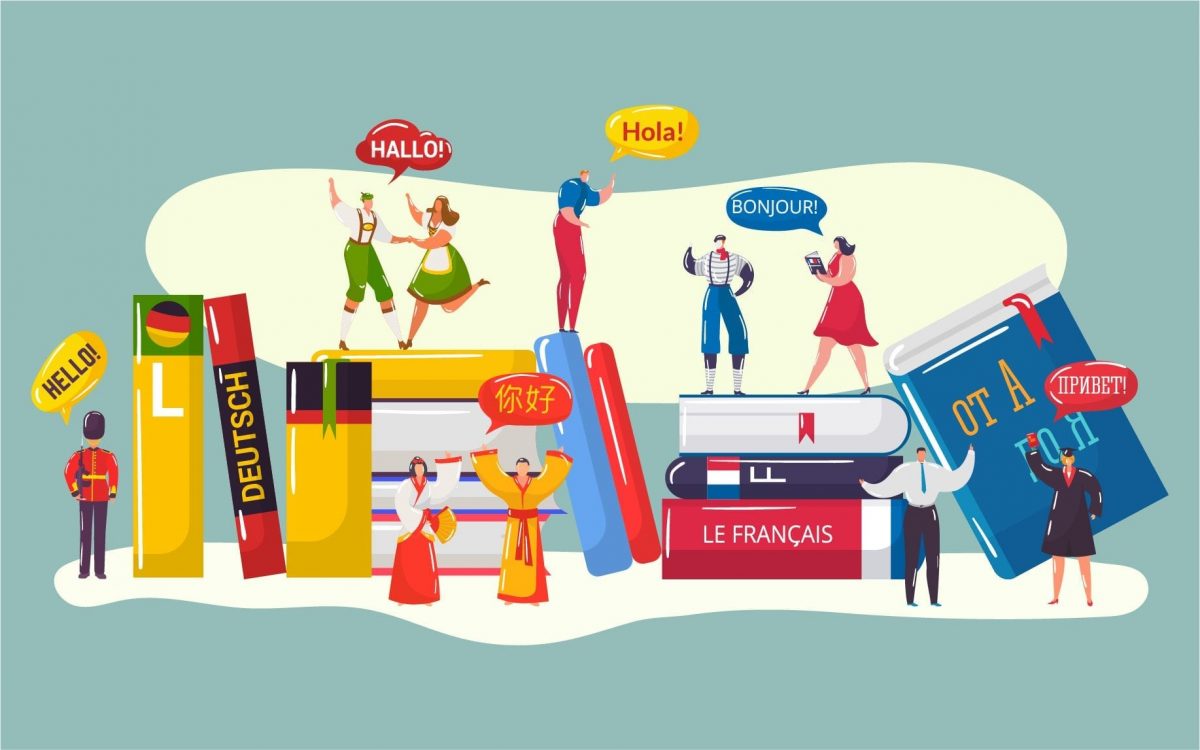 What is the most spoken language in the world?

How many people speak Chinese?

There are over 1.3 billion native speakers of Chinese languages, a group which is made up of over 300 distinct languages. According to Ethnologue, 292 languages are still spoken daily in China, but many others are already extinct. The Chinese Government recently launched a campaign to promote the study and use of Mandarin across the country, with the target that more than 85% of the population in China will speak Mandarin by 2025.

The most spoken languages in China

The top eight spoken groups of Chinese language are listed below. Although the varieties of Chinese languages are grouped, each variety can be made up of many languages and they are not always mutually intelligible. Take Wu Chinese, for example, of which Shanghainese is one of the languages. Suzhou dialect is usually taken as the representative language of Wu Chinese, as Shanghainese features many anomalies that make it difficult to understand even for people who speak another native language within the Wu language group!

The world’s most spoken languages by number of native speakers 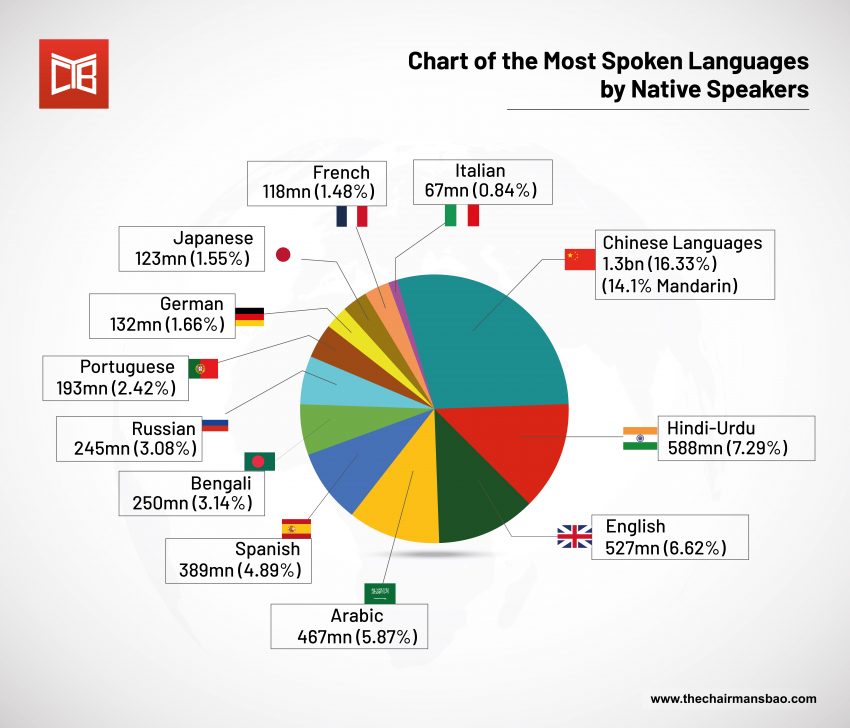 What percentage of the world’s population speaks Chinese?

Over 16% of the world’s population speak a form of Chinese language natively, which make Chinese languages the most spoken by native speakers around the world. There are over 7,100 languages spoken around the world today but incredibly more than 80% of languages are spoken by less than 100,000 native speakers. In a more globalized world, it is important that we preserve the use of lesser-spoken languages for future generations and there are many campaigns globally to ensure their survival. The introduction of online language learning platforms has given support to such initiatives. As an example, Irish Gaelic is spoken by just under 140,000 native speakers, but over one million people are learning Irish Gaelic with online resources!

Is Chinese difficult to learn?

The world’s most spoken language, Mandarin Chinese, has long been considered one of the most difficult languages to learn in the world. Complexities of the writing system and tones in Chinese are enough for people to write off learning before they have even tried. Despite these (initially) daunting factors, there are many reasons why learning Chinese isn’t as difficult as you may think! The British Council lists Mandarin Chinese as the fourth most important ‘Language for the Future’, so there has never been a better time to learn. It’s also a great language to help your resume stand out!

Reasons why learning Chinese isn’t as hard you think

Sean McGibney speaking to students at Beths Grammar School about his experience of learning Chinese, living in China and founding Newsdle and The Chairman’s Bao.

Sean studied Chinese and Spanish at University of Leeds and founded The Chairman’s Bao alongside Tom Reid in his final year of study in 2015. Current Managing Director of The Chairman’s Bao, he has overseen the company’s growth from university bedroom concept to an international force in the EdTech industry with over 200,000 individual users and over 400 global partner institutions. Sean also launched Newsdle alongside Tom Reid and Oliver Leach in 2021, for students and teachers of Spanish and French. In his spare time, Sean is still a keen language learner and runner. He also sits on the Board of charity Leeds Irish Health and Homes in the UK.