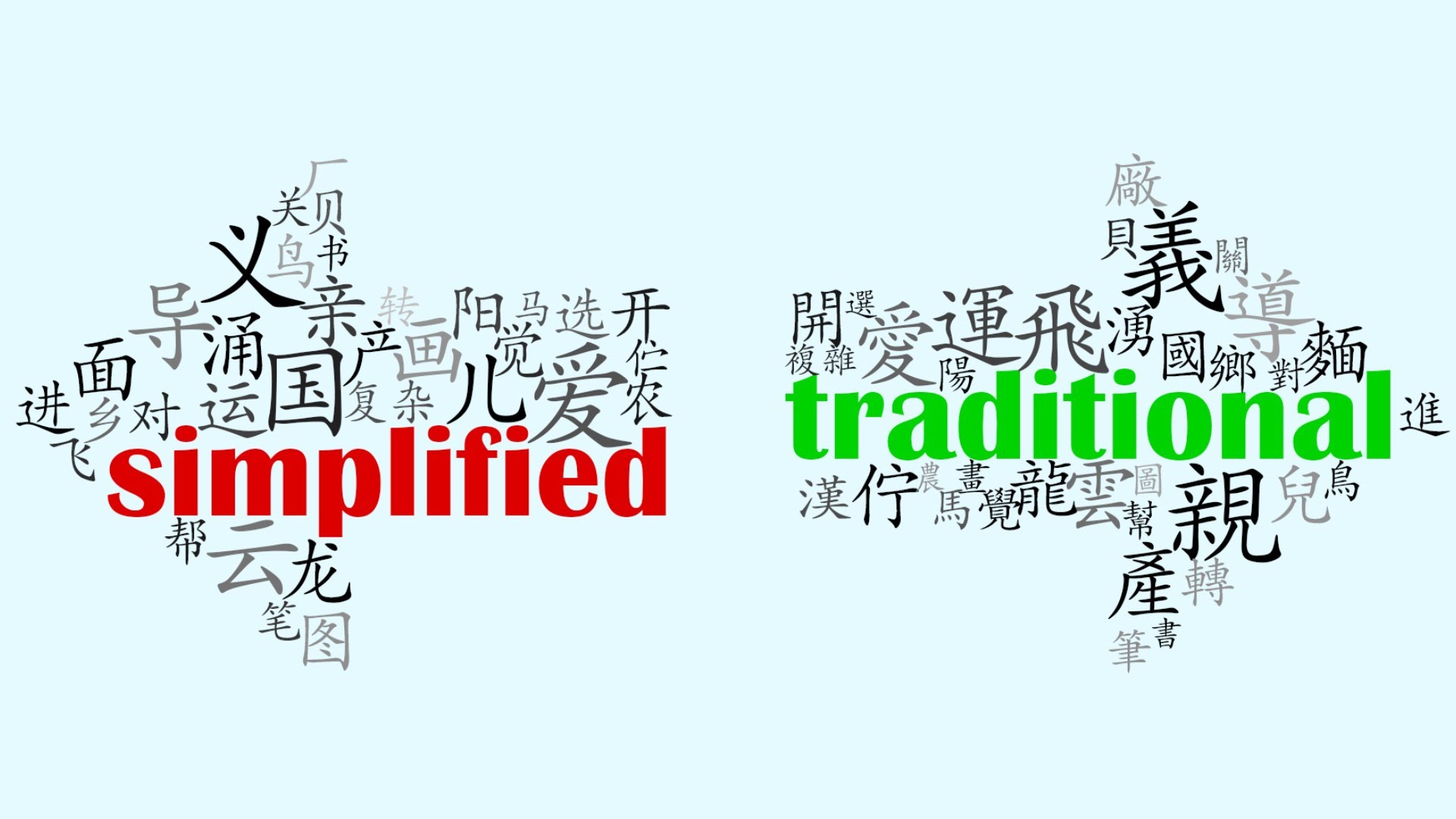 When I chose to move to Taiwan instead of Mainland China, one of my classmates said “Why are you doing that? You’ll have to use traditional characters!”

So after a year of studying simplified characters, I moved to a country where 认识 (renshi; to know (someone)) became 認識. In all honesty, at first I felt like I was drowning, but I can’t regret the time and energy traditional characters took to study.

The flip side of this is getting lured into a false sense of security by being used to so many clues in your reading. When I moved to Shanghai, I could not deal with how similar the 体 in 身体 (shenti; body) and 休 in休息 (xiuxi; to rest) are. Just one little line! I was used to writing 身體 and 休息.

There is no getting around the fact that for many people (me included), writing in traditional characters takes longer. So. Much. Longer. Writing in simplified characters is comparatively speedy. Add the stress of exams to this and you will envy your classmates and their “easy to write” essays. They can write three paragraphs for every two of yours.

But if your exam sneaks in a passage in traditional characters, having studied the characters before will make your life so much easier, and there is less likely to be that moment of blind panic when confronted with half a page of mysterious characters.

So that’s it! It all depends on why you want to learn Chinese. If you are interested in the wider Chinese speaking world, Chinese literature, and getting the lyrics to your favourite KTV song down, spend some time studying traditional characters. If you have a head for business and are studying Chinese for the economic benefits, it will probably be a better use of your time to stick to simplified (for now).