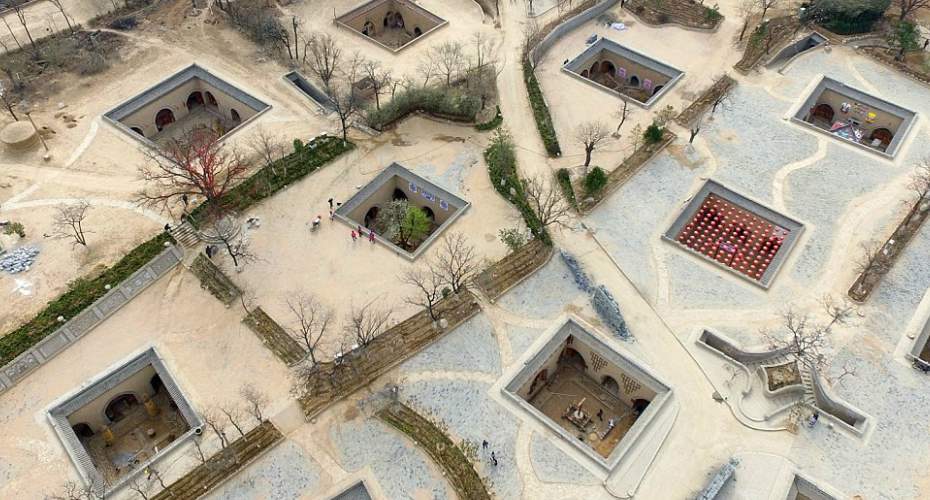 An Insight into China’s ‘Invisible Homes’, Where 40 Million Live

Did you know that some 40 million people live in cave homes in China? That’s more than the population of Poland!

A little-known fact outside of China, yaodong cave dwellings have been attracting increasing numbers of visitors in recent years after some were opened to the public. A tradition that dates back over 4,000 years, cave dwellings in China are most common in Taiyuan, Lanzhou, Yan’an, among other places.

The most famous yaodong in China are perhaps those in Yan’an, and the communists led by Mao Zedong were said to have been headquartered there between 1935–1948. Edgar Snow visited Mao and his party during this time and penned Red Star Over China.

Yaodong come in a variety of types, however the most common are dug out into the faces and slopes of the plateau. In the interior, a square pit is dug into a sunken courtyard and the entrance is usually found as a ramp or underground corridor.

Some yaodong have six generations living under their roofs, with a typical family having three to five caves. However, in recent years, many young people have chosen to opt for life and opportunity in big cities. Now most commonly inhabited by older generations, some young people have returned to revamp their yaodong and even open stylish bed and breakfasts. The most modern are now equipped with electricity and other facilities.

An average yaodong has a depth of 20-23ft and length of 33-39ft. The walls are supported on all four sides, which some say means they boast features such as earthquake-resistance, sound-proofing and energy-efficiency. If this is to be believed, it’s a wonder that we decided to build up into the sky!

A basic one-bedroom yaodong would set you back around $30/month, whereas a family dwelling of three bedrooms and a bathroom would cost around $45,000 to purchase outright.

Yaodong create a wonderful mosaic when viewed from above, a true hidden beauty to behold. Perfect for an upcoming trip to China!

Find this blog interesting? Why not read 10 Interesting Facts and Figures about Mandarin Chinese?