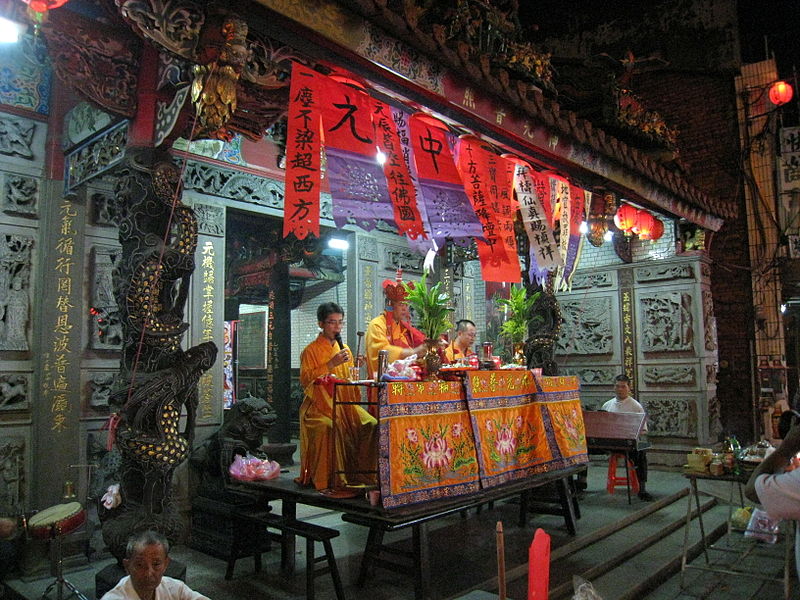 Halloween today is characterised by dressing up as ghosts or going trick-or-treating. In fact, it is an age-old tradition; a combination of Pagan and Christian practices, linking the changing seasons to opening a door to the spirit world.

Halloween is mainly celebrated in western countries, however China has several similar festivals, including the Tomb Sweeping Festival, but the most well known is The Hungry Ghost Festival.

The Hungry Ghost Festival takes place during the 7th Month of the Lunar Calendar; The Ghost Month. The festival is on the 15th day of the 7th month. This year the festival took place on 15th August. This period is important because it also represents the change in season and the harvest. Buddhists and Taoists believe that on the 1st day of Ghost Month, the doors to the underworld open.

The “hungry” spirits escape and are then free to roam the earth. These spirits get the opportunity to feed and visit their living family members. It is on the 15th day, the most important day, that the realm of the living and the dead become one. This allows interactions and exchanges between the two worlds. Eventually, The doors to the spirit world close on the last day of the month.

Religious rituals are carried during the festival. These rituals help to welcome the spirits and alleviate them from any suffering. Many of these spirits are also believed to be trapped. So, the festival provides an opportunity for the spirits to be freed for eventual reincarnation.

The festival also gives people the opportunity to pay respect to their ancestors and the recently deceased, by making food offerings, burning effigies, incense or joss paper. The effigies are normally papier-mâché of material goods that the spirits can use. The joss paper is money for the spirits. When it is burned the money is transferred from the living world to the spirit world. All these rituals are a way for the living to look after the dead. After the Festival, people may also release paper boats or lanterns.

During the Ghost Month, people must take extra precaution against evil spirits and negative energy. Some of the things not to do during this month are:

• Don’t stay out during the night. (you can become easy prey for bad spirits)

• Don’t take photos during the night. (you might capture or attract spirits)

• Don’t stick your chopsticks upright into food. (the chopsticks will resemble incense sticks used for the dead)

• Don’t kill any insects in your house, they could be the reincarnation of your ancestors coming to visit you.

Check out some more Chinese holiday dates here, and get planning!