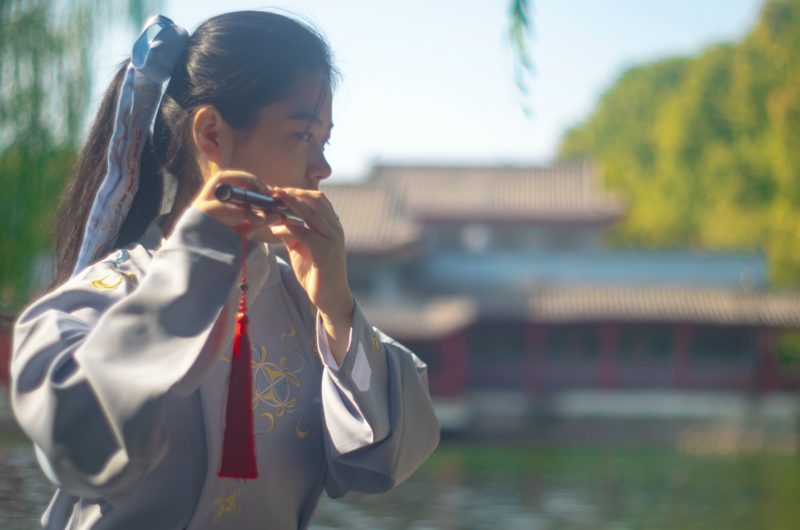 In our last blog post, we introduced you to Chengyu. If you haven’t that read that post you might be wondering… What is a Chengyu? Well a Chengyu is essentially a Chinese idiom. In our Chengyu Origins series we will be explaining the meaning and origin story behind some Chinese idioms. You can also watch our Youtube series explaining Chinese idioms. Now, let’s get started:

This Chinese idiom literally translates to “falsely playing the flute to fill numbers”. The true meaning of this idiom is not clear at first. So, don’t be discouraged if you didn’t get it straight away. Depending on the context, this Chinese idiom has different yet related meanings. For example:

• To be a token member of a group
• To be a fraud; less talented than perceived
• To pretend to have an ability in order to be part of a group
• A placeholder or makeweight that is just there to fill a quota

The origins of this idiom come from the story of Nan Guo.

There was a music loving king who desired an orchestra of flute (竽) players. His workers travelled far and wide looking the right candidates. Enter, Nan Guo. He was a lazy, yet crafty man. He boasted of his flute playing abilities and was eventually accepted into the King’s court. However, Nan Guo could not play the flute at all. How did he manage it? Well, since everyone played in an ensemble all he had to do was pretend to be playing the flute.

However, the King died. His son took over and had different rules. He preferred to listen to flute players individually. Here, Nan Guo’s deception was uncovered. The entire time he had just been taking up space; he was a fraud and a makeweight. When this phrase is used, it normally critices a person’s lack of ability.

I am not good at singing. I’m here just to lànyúchōngshù

This Chengyu literally translates to “calling a stag, a horse”. Some people make the mistake of thinking this Chinese idiom is about ignorance or stupidity. In truth, just like lànyúchōngshù, this idiom is about deception. This idiom means to deliberately mislead or distort facts. Instead of saying “calling a stag, a horse” some people will also say “to call something black, white”. So, what’s the origin story?

This story dates back to the Qin Dynasty and politician Zhao Gao. Zhao Gao had intentions to lead his own coup and take over. However, he didn’t know who he could trust. So, one day he went to the palace and gifted the Emperor a stag. However, he said to the Emperor that it was a horse. Of course, the Emperor had eyes and could see that it was a horse. Zhao Gao then asked other members of the court for their opinion. Even though they could see the truth, those that feared and respected Zhao Gao said that it was a horse. Zhao Gao then made a note of the people that didn’t go along with his lie. Eventually, he had them executed as he knew he could not count on them for their loyalty. Even till this day, Zhao Gao is seen as one of the reasons why the Qin Dynasty fell.

He contradicts everything I say, so much so that he even zhĭlùwéimă

This bag is fake but the salesperson still insists zhĭlùwéimă