Home » Blogs » Life in China » Why Does China Have Only One Time Zone? 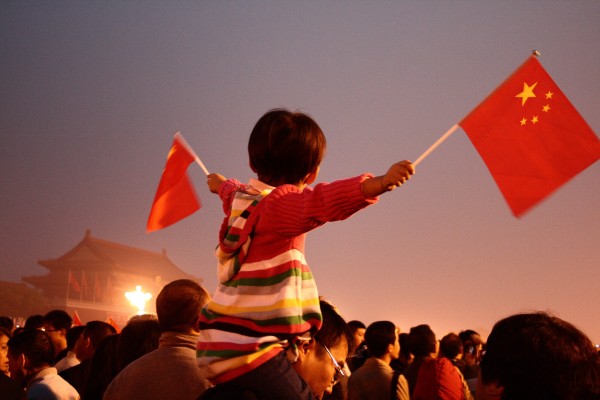 Why Does China Have Only One Time Zone?

As with every other day, sunrise will be welcomed into Beijing tomorrow by a flag raising ceremony in Tiananmen Square. As the honour guard hoist the flag at approximately 06:24, 1,000 miles away in Fuyuan County, one of China’s easternmost points, the sun will have already graced the sky for 63 minutes. 2,200 miles west however, in Xinjiang’s Kashgar, residents will have to wait until 09:05 for sunrise. Nobody likes heading to work when it’s still dark outside, so why is it that a country as large as China, which spans five geographical time zones, has only one official time zone – Beijing Standard Time (BST), also known as China Standard Time (CST)?

China is nowadays the only large country other than India to have only one time zone and is the largest single time zone area in the world. In comparison, the United States, a country of similar geographical area to China, has four major time zones, each separated by an hour.

Beijing Standard Time is calculated and released from the National Time Service Centre in Shaanxi Province, which is geographically almost the centre of China. It sits eight hours ahead of GMT and was implemented throughout China in 1949 after Mao Zedong decreed that it would aid ‘national unity’. As Beijing 北京 (北 north 京 capital) was proclaimed from Nanjing 南京 (南 south 京 capital) to be the new capital of China, the new time zone was created to bear its name.

Prior to 1949, China had seen decades of regional conflicts and a major civil war. It had five official time zones, which ranged from five and a half to eight and a half hours ahead of GMT. These time zones – Zhongyuan, Longshu, Tibet, Kunlun and Changbai – were established in 1912, the year after the collapse of the Qing Dynasty. When the Communist Party took control in 1949, it viewed the creation of a sense of unification and centralisation as vital to restoring the country. One time zone would allow a national work schedule (important during the times of communal work units), for news to be broadcast at the same time throughout the country, and for no confusion differentiating between time zones.

For the most part, the single time zone in China is viewed as a minor inconvenience – a quirk that requires small adjustments. Farmers and others who work by the sun simply set their own time schedules. Therefore, unless desperate to catch the latest episode of Chinese Idol, there is little need for preoccupation with the national standard.

The further west you head, however, and the picture paints a different tale. Much of the Uighur population prefer to use their own unofficial time zone, which is two hours behind official Chinese time. So widely accepted is the unofficial time in some regions in Xinjiang’s extreme west, close to China’s border with Pakistan, Beijing Standard Time is reportedly not even listed on bus timetables. Here, where it isn’t uncommon for residents to be pictured enjoying sunset at midnight Beijing Standard Time, a single time zone is viewed as more than just an impracticality – it is viewed as a political unnecessity. It’s also sure to confuse any tourist unfamiliar with the local custom!

In a world of overnight transatlantic travel and 24/7 work schedules, the importance of time zones may slowly fade. It is, however, interesting to know the history that surrounds China’s use of a single time zone. One thing’s for sure – it certainly makes it easier to arrange international business calls to China, with no need to worry about local time zone changes!