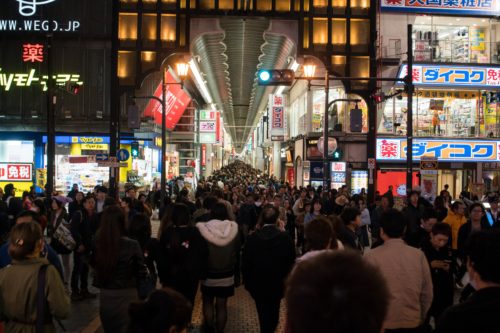 Single’s Day is the ultimate holiday for those that are single and love to shop. How does this Chinese Holiday compare to Black Friday?

What is Single’s Day?

Single’s Day is a Chinese “shopping holiday” for single people. The holiday falls on the 11th of November.  Unlike Valentines Day or China’s Qixi Festival, this holiday is for celebrating single life. This is important because many single people feel social pressure to marry or couple up. More recently, it has become a shopping holiday. Endless discounts and deals are available during this period. The offers are marketed as an opportunity for single people to treat themselves.

Apparently, Single’s Day originated in the 1990s at Nanjing University. A group of students had grown tired of how glorified relationships had become during university. Seeing those early days as the best years of their lives, they created a day where single people could celebrate their freedom. The four students are why the holiday falls on 11/11. The numbers represent four single people. This is also the reason why the holiday is also called Bachelor’s Day! The celebrations spread from Nanjing University dorms to other universities. However, at this time, the holiday was confined to university life.

What made Single’s Day popular?

So how did Single’s Day become widely celebrated? In 2009, Alibaba co-opted the idea and transformed it into a shopping event marketed at single people. The whole concept was that Single Day’s would be a holiday where single people could treat themselves.  It was a clever marketing strategy that allowed Alibaba to promote its various shopping platforms such as the hugely popular Taobao. To date, Single’s Day is the largest shopping event in the world. It even surpasses Black Friday for the number of sales made.

What do people do on Single’s Day?

It’s obvious that shopping and finding great deals are the main activities on Single’s Day. However, even though the day has become a commercial holiday, people still hold onto its original intention. During this period, people will hold single’s parties or use the opportunity to catch-up with friends. Although the holiday was all about being single, its now the perfect opportunity for people to meet other single people. Ironically, it’s now become a popular day for people to get married too!

What other countries celebrate Single’s Day?

Although this is a Chinese event, it has found fans oversees. The shopping element of the holiday has found popularity in other countries around Asia. However, places such as the United Kingdom have taken inspiration from the original intention of the day. 11th of March is now National Single’s Day in the United Kingdom and was surprisingly started by dating experts!

Are you curious to know what great deals might be available, but aren’t sure how to make sense of Chinese shopping sites? We’ve written a handy guide for how to buy online from Chinese retailers.