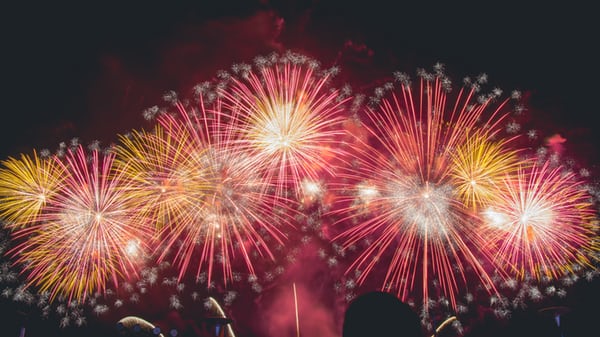 In China, Chinese New Year is one of the most important festivals of the entire year. Chinese New Year celebrations mark the beginning of the New Year on the Chinese Lunar Calendar. The festival lasts for roughly 23 days and will typically begin at the end of January or start of February. This 2020 Chinese New Year will begin on Saturday the 25th of January!

The beginning of the New Year also signifies a new Chinese Zodiac, so after Saturday it will officially be the Year of the Rat. If you’d like to know more about the Chinese Zodiac be sure to check out our previous post. But first, let’s look at some facts about Chinese New Year.

New Year Around The World

The festival, which revolves around the Lunar Calendar, has been adopted by many other countries throughout Asia. Outside of China, you might hear about the Lunar New Year or the Spring Festival – it’s the same thing! Many countries will also have a specific name for the festival. For example, Tsagaan Tsar and Losar are the names of the festival in Mongolia and Tibet. Chinese communities abroad have also adapted the festival to fit into local cultures. For example, Gung Haggis Fat Choy is a festival that combines Scottish and Chinese culture. You can read more about how the rest of the world celebrates Chinese New Year.

Chinese New Year is also a record-breaker! Throughout the country, more than 3 Billion people travel home to be with their families. This “homecoming” migration is known as Chūnyùn (春运) and is the largest annual migration of people in the world. Chūnyùn happens over a 40-day period that begins as early as the 10th of January.

One reason for the mass migration is the fact that many city workers are originally from rural areas. This topic the subject of the award-winning documentary Last Train Home, which follows a family’s journey back home.

A big part of the family celebrations is the Reunion Dinner. Similar to American “Thanksgiving”, the dinner is an opportunity for the whole family to get together and giving blessings for the year ahead. Even if someone isn’t able to make it to the dinner, other family members will still prepare their plate and leave them a spot at the table. A variety of delicious dishes will be prepared during this period, but one of the most important are the dumplings. The dumplings are a sign of prosperity because their shape is similar to the currency used in Ancient China.

The colour Red is important in Chinese culture because it symbolizes happiness and good fortune. During the Chinese New Year period, streets, homes and businesses will be decorated in red. Many people will also wear special clothing with red motifs. Another important custom of Chinese New Year is the giving of Hóngbāo (红包). These Red Envelopes are given to younger family members by their elders. The envelopes are typically filled with money and are also a sign of good fortune and goodwill.