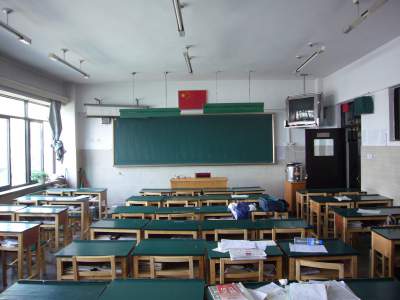 How Do People in China Learn to Write Chinese Characters?

I was helping my cousin with his English homework last week and it got me thinking: how do Chinese nationals come to remember so many Chinese characters? Although my cousin came unstuck on tricky words such as ‘sphere’, I couldn’t help but think that this daunting feeling must pale in comparison to that felt by Chinese kids as they face the 3,000 or so characters they are required to learn before entering high school.

Like many other foreign students, I often wonder: what is the best way to learn Mandarin? When I first moved to China, I was thirteen. I had already managed to pick up plenty of basic phrases by the time I entered my first lesson at school, but the thought of learning to write Chinese characters still daunted me. Like millions of tiny intricate pictures on a vast canvas, they fascinated me no end. Learning through repetition in a textbook, I soon began to recognise the radicals and some very basic characters – forming a much clearer image in my mind of how the language is made up. As it turns out, Chinese really does make sense.

Until recently, however, I had very little concept of how Chinese nationals learn to write characters. Do they adopt a technique similar to that of my beginner textbook? Is repetition really the best way to learn Mandarin?

Undoubtedly, being constantly surrounded by Chinese characters from birth gives Chinese nationals a huge advantage when it comes to learning characters – it alleviates the initial disconcerting and strange feeling that often faces foreigners as they embark upon their Mandarin learning journey. Nevertheless, I asked some of my Chinese friends to share with me some of the techniques they used when they first started to learn to write in school, to see if they could be of some help to our readers:

Here is the method of learning that I was first introduced to when I started to learn Mandarin – characters through repetition. In primary school, Chinese kids use special notebooks with “tianzige” (田字格), where each character is written within a square frame. Whilst helping children learn the correct structure of characters, tianzige also helps children follow the correct stroke order when writing characters. Ruijie,our very own Chief Editor, was required to learn 7 new characters each day in primary school and had to write each out three times using the tianzige paper. 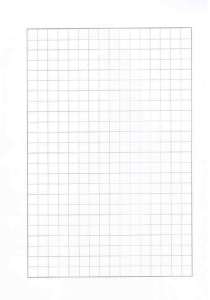 Chinese children are also taught to recognise characters by association, which means they begin to recognise the approximate meaning of a character by simply knowing the meaning of the components that make it up. For example, 火 means ´fire´ in Chinese. Therefore, characters with this radical are usually related to fire, hot things, burning or something similar. 烧 means burning, 烤 means toast, 烫 means something extremely hot, and so on and so forth… This is a technique that can be applied to any radical, so beginners take note!

Ruijie had two large posters on her bedroom wall when she was young – showing 24 vowels (韵母) and 23 consonants (声母). She said they helped her greatly as she was able to learn them quickly after seeing them repeatedly each day.

Chinese children’s books are often written in dual-script; thereby showing both the character and the pinyin (拼音) phonetic sound. These types of books allow children to expand limited vocabulary and also offer a fun alternative way to learn to recognise characters. A friend once gave me a Chinese comic book written in dual-script which I am yet to read, so I will certainly be trying this method in the near future! Some of my Chinese friends also commented that the best way for them to practice writing characters is to keep a regular diary and this is certainly something that I can second having studied Chinese at university. Simply taking a small amount of time out at the end of each day to write about the last 24 hours can take the chore out of boring character repetition and can help you to expand your vocabulary. To me, this is the best way to learn to write Mandarin.

Whatever your study style for learning to write Chinese characters, I hope that some of these techniques may help you in your quest. It is by no means an exhaustive list, so please don’t hesitate to get in touch with other techniques which I will then add to the list. Learning to write characters is an individual journey, but certainly one in which we can help each other along the way!

What do you think is the best way to learn Mandarin characters?