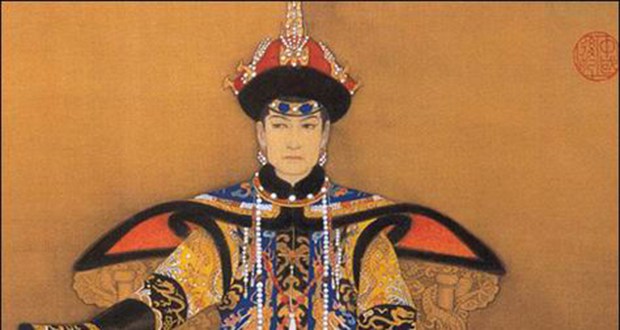 Lü Zhi (呂雉) was the wife of Liu Bang, the founder of the Han dynasty. Whilst she never proclaimed herself as China’s primary ruler, the power she held throughout her life has led many historians to view her as the first Empress to rule China. She ruled alongside her husband after his ascension and continued to dominate the political scene for 15 years after his death, a period that saw three successive Han Emperors. Although she can be accredited as a capable ruler, her reign is perhaps more notable for the manner in which she dealt with her opponents.

Born in 241 BC to a noble family in Shandong, Lü Zhi’s father, Lü Wen, relocated the family to Pei county in Jiangsu in order to flee from a personal enemy. As an influential man, Lü Wen was visited by many in the region and became close friends with the local magistrate. One evening, during a banquet hosted by Lü Wen at the family home where guests were required to provide gifts worth at least 1,000 coins, one bold patrol officer named Liu Bang stepped up and declared offerings of 10,000 despite only bringing a single coin to the event. Lü Wen was so impressed that he offered him Lü Zhi as his bride, using his fortune telling skills to predict a bright future for the officer. The couple were wed and Lü Zhi quickly bore Liu Bang a son (Liu Ying) and a daughter (later Princess Yuan of Lu).

Liu Bang went on to participate in the rebellion against the ruling Qin dynasty, working with a prominent warlord Xiang Yu and under the insurgent Chu kingdom, leaving Lü Zhi and the children with her father throughout the conflict. With the fall of the Qin dynasty in 206 BC, Liu Bang was proclaimed King of Han and Xiang Yu proclaimed himself King of Western Chu, marking a four-year power struggle between the two known as the Chu-Han Contention. Xiang Yu took Liu Bang’s family captive during this time but eventually released them after a treaty was signed in 203 BC, only to be broken by Liu the following year, defeating Xiang Yu in battle and founding the Han dynasty as Emperor Gaozu over a unified China.

With her husband’s ascension, Lü Zhi was now Empress Lü and Liu Ying the Crown Prince. Empress Lü quickly proved herself as a capable administrator, often in charge of state affairs at the capital Chang’an (modern day Xi’an) while her husband was away fighting rebellions. Her policies are viewed to have had a positive effect on the country as she improved conditions for the poor, rebuilt sections of the Great Wall and increased state revenue. She was well respected by many of the Emperor’s ministers for her capabilities, but also feared for her ruthlessness.

The first to feel her wrath were Han Xin and Peng Yue, both of whom had contributed greatly to Emperor Gaozu’s rise to power. A year before a rebellion against the Emperor by the Marquis of Yangxia, Han Xin had met the Marquis, leading to suspicions that he was involved. Empress Lü summoned him to the palace and had him tortured and executed. Peng Yue also fell from favour with rumours he was plotting against the Emperor and was fooled by Empress Lü into believing he would be allowed to return to his hometown in exile, only to be intercepted on the road and executed on false charges of treason. In both cases, the Empress also had their families and relatives put to death alongside them.

In Emperor Ganzu’s latter years, he began to favour a new consort, Concubine Qi. He had a son with her named Liu Ruyi who was instated as the Prince of Zhao in 198 BC. The Emperor wanted to replace Liu Ying with his new son as Crown Prince, believing him to be of stronger character and likely to be a better Emperor. Eventually he was dissuaded from this course of action after Empress Lü utilised her political skills to rally support from key ministers, who then aided in changing the Emperor’s mind. However, Concubine Qi and Liu Ruyi had made an enemy in the Empress.

After Emperor Gaozu’s death in 195 BC, Liu Ying assume the throne as Emperor Hui with his mother becoming Empress Dowager Lü, holding all the power over her weak son.  Whilst she treated her husband’s other consorts with the proper respect according to their position, her brutal treatment of Concubine Qi and Liu Ruyi has become an infamous story in Chinese history.  She arrested Qi and had her head shaved before she was forced into hard labour, while as the same time summoning Liu Ruyi to the palace. The new Emperor Hui sought to protect his half-brother but when he was out hunting she had an assassin force poison down the 12-year-old’s throat. Empress Dowager Lü then had Qi’s limbs cut off, eyes gouged out, ears cut off, was forced to drink a poison that made her mute and was thrown into a latrine. She was then called “human swine” by the Empress Dowager. When Emperor Hui discovered what had happened he said to his mother “This is something done not by a human. As the empress dowager’s son, I’ll never be able to rule the empire.” before retiring from all state affairs for the rest of his reign.

Two other half-brothers of the Emperor also fell victim to the Empress Dowager. First Liu Fei who was saved from poison at a banquet by Emperor Hui and only allowed to leave after promising to give up an entire prefecture of his lands. Next was Liu You, who had married the Empress Dowager’s neice, but was caught by his wife having an affair. In revenge she told her aunt he was plotting a rebellion and he was arrested, deprived of food and starved to death in prison.

Emperor Hui married his niece Zhang Yan at his mother’s insistence in 191 BC. The new Empress was forced by the Empress Dowager to adopt eight boys for the childless couple and have their mothers killed. There is some debate among historians as the whether these boys were the Emperor’s children, from other concubines or not. Whatever their parentage, Emperor Hui died in 188 BC and one of these children became Emperor. Today he is not recognised as a Han dynasty ruler as held no influence over state matters as the Empress Dowager assumed a new title of Grand Empress Dowager. The new “Emperor” one day discovered his parentage and the fate of his mother, vowing revenge on the Grand Empress Dowager. In response, she had her ministers remove him from his position in favour of one of his adopted brothers, another who is also not today recognised in the list of Han dynasty rulers, then put to death.

Towards the end of her life, the Grand Empress Dowager had bestowed great titles on family members of her Lü clan. Granddaughters, nieces, nephews and grandnephews were all made princes and marquis of various regions, allowing the clan to amass great power. It is seen by many as a period in which the ruling Liu family of the Han dynasty held no political power throughout the country, as situation that would change with the Grand Empress Dowager’s death. When Lü Zhi died of an illness at the age of 61 in 180 BC, she was originally entombed with her husband Emperor Gaozu. In the following years the Liu family took their power back from the Lü clan by having them removed from their positions and murdered, resulting in Liu Heng, a son of Emperor Gaozu from another concubine ascending the throne as Emperor Wen. One of his successors Emperor Guangwu eventually replaced Lü Zhi from Gaozu’s tomb and had her buried in a separate temple.

Lü Zhi’s reign and influence spanning several Emperors is a well-known story from Chinese history. She was the first woman to rise to the position of ruling the country and through her political adeptness oversaw a period of peace and prosperity. However, her ruthlessness in dealing with her enemies is unsurprisingly what is most remembered from her life. Whilst the way and manner in which she had some of her rivals killed is certainly shocking to us today, it could perhaps be said that she saw it as necessary to preserve the dynasty’s, as well as her own position in power, not unlike many other royals in history.

Why not study more of our Chinese history blogs?