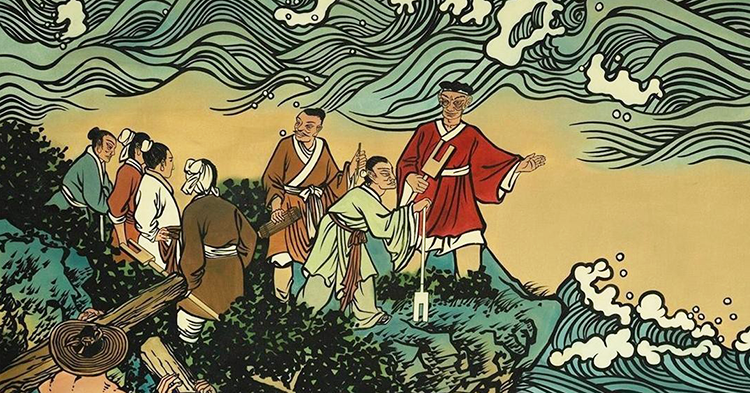 Yu the Great (大禹) was a legendary ruler of ancient China and the founder of the first dynasty in traditional Chinese history – the Xia dynasty (2070 – 1600 BC). The formation of the dynasty and the dates for Yu’s reign predate the “Oracle of Bones” which constitutes the oldest know records of ancient China and details the history of the Shang dynasty (1600 – 1046 BC) who succeeded the Xia. There is in fact no mention of Yu or indeed the Xia in any records until the time of the Western Zhou dynasty (1046 – 771 BC), leading some to theorise that until this time Yu existed purely as a mythical legend and then transformed into a human figure with the first written accounts. Here we can look at what is probably a combination of myth and fact about the great statesman’s life.

Predating the Xia was a period known as The Three Sovereigns and Five Emperors, in which three demigod sovereigns and the five emperors (exemplary sages with great moral character) ruled the land. Yu was said to be the son of Gun, who was the fifth grandson of Emperor Zhuanxu, one of the five emperors from this time, who himself was the grandson of the Yellow Emperor, one of the sovereigns.

Yu’s father Gun is the first known member of the Xia clan and during his life it is understood that the family slowly began to gain ascendancy, a path that would eventually lead to it becoming China’s first dynasty under the Mandate of Heaven, a principle in which only one legitimate ruler reigns. The origins of the Xia clan originate from Gun’s migration of people to the middle peak of Mount Song in Henan Province, thus leading us to believe that Yu grew up on the slopes of the mountain just south of the Yellow River.

The Yellow River was known to constantly flood during this period, causing great damage to the region and preventing both economic and social development. At the request of Emperor Yao, another of the five great sage emperors, Gun was tasked with finding a solution to this problem that was devastating the land. However, after nine long years of building dikes and dams, Gun’s methods had proven unsuccessful, resulting in many fatalities after his constructions collapsed under the pressure of greater floods.

After Emperor Yao abdicated his throne to Emperor Shun, Gun was imprisoned for his failure. Stories as to his demise vary, with some suggesting he was executed, others he committed suicide and others saying he was imprisoned for life. Whatever his outcome, his great task now passed to Yu who was determined to learn from his father’s mistakes. Yu took a different approach to his father, organising tribes from across the region to build an irrigation system at points along the river to redirect the current out to sea. He even developed a strong reputation among the people, with it said he would sleep and eat with the workers while assisting with the labour, which in turn inspired other tribes to join the effort. Overall the project took 13 years to complete and brought great prosperity to the region. Other mythical versions of the story exist, including Yu being assisted by a yellow dragon and black turtle and also defeating a nine-headed snake. Another traditional story states that after getting married and immediately heading off to his task, he did not return home once in all of the 13 years, passing his house three times and never entering.

Yu’s great engineering success, no doubt bolstered by his standing among the people, convinced Emperor Shun to pass the throne to him instead of his own son. After first declining the throne, with the support of the community he changed his mind and ascended as Emperor Yu at the age of 33, thus founding the Xia dynasty. Yu established his capital at Anyi, the ruins of which are in modern day Xia county, Shanxi Province. He ruled for 45 years, passing the throne to his son Qi after supposedly dying from an illness while on a hunting tour. Yu is one of few Chinese rulers posthumously awarded with the title “Great”.

Given that the period predates China’s oldest written records, research into the Xia and its founding Emperor has relied solely on archaeological findings. Evidence of flooding from the Yellow River and bronze artefacts that date back to the period have been discovered, helping to support the myths surrounding China’s first dynasty. It is perhaps likely that Yu did exist around the time estimated and committed great deeds that elated him to legendary status, however as the stories were orally passed between generations, facts have become distorted with myth in order to emphasise his importance and contribution to the people. 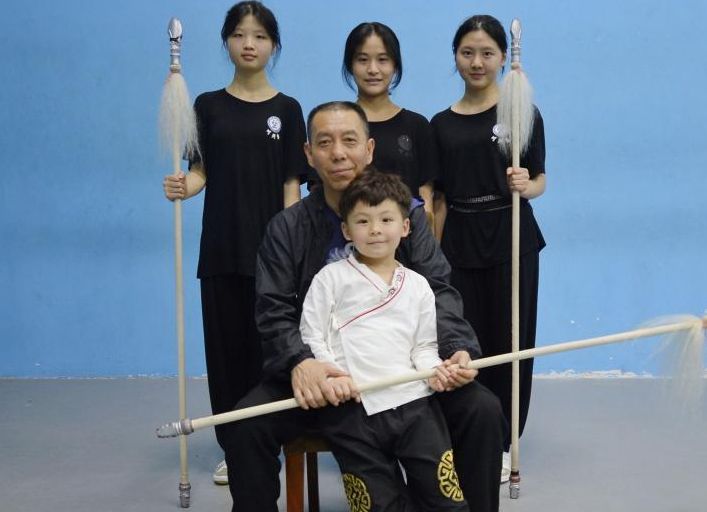 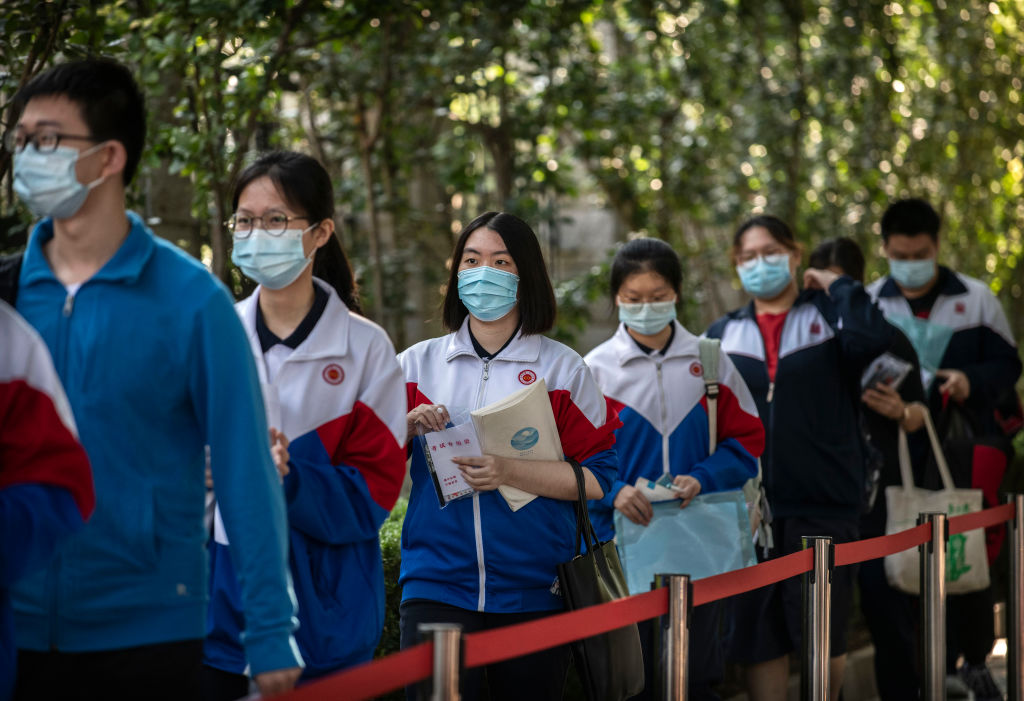