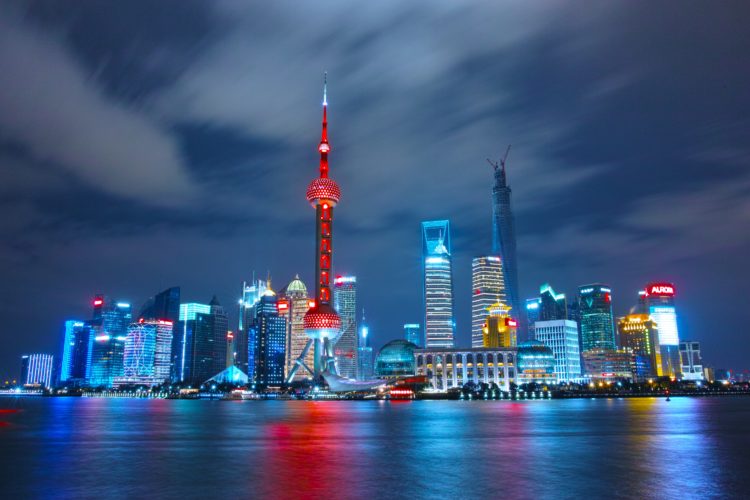 China has been a witness to unprecedented change that has swept the nation over the past decades. Today we look back 40 years in China to compare its past and present.

1978 was an important year for China, as it was the beginning of economic reform. China is now the second most economically powerful country in the world! Not only is the country rich, but China has made incredible development in space exploration, bullet trains, AI and has the world’s largest telescope!

Here are some photos to demonstrate the changes over the past 40 years, from 1978 to now. 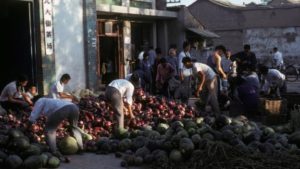 Meat consumption has taken a dramatic rise in China over the past few decades! It makes sense, as it’s clear that when economies change, so too do the amount and types of food we consume. 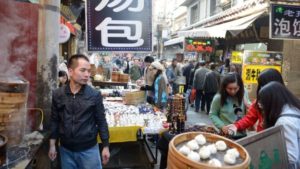 Most of those signs are advertising meat dishes. Where pork used to be considered a luxury food, now the average Chinese person will eat about 40kg of it every year! 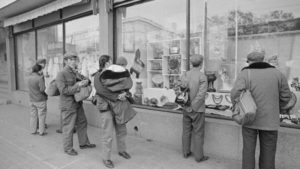 There used to be coupons for everything, from tofu coupons to oil coupons, but today that is no longer relevant, and a part of China’s history. 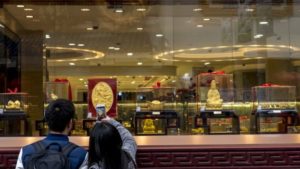 And a shop window in China today

Not only are people in China buying more meat, they’re also buying plenty of luxury items too. Chinese shoppers are some of the world’s highest consumers of luxury goods!

Consumers in China have great power too. Several companies, including Dolce & Gabbana, have had to apologise after offending Chinese culture. Shoppers are starting to say they prefer local brands, which has seen the popularity of Huawei eat into Apple’s market share. 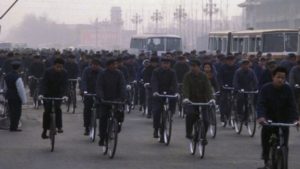 This is a snapshot of a morning commute in Beijing, 1978. This is no longer the case… 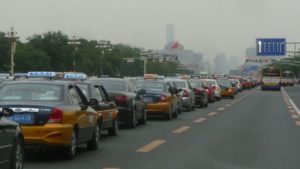 Car ownership has reached a record high in China! With over 300 million cars in the country, bike use has taken a steep drop. 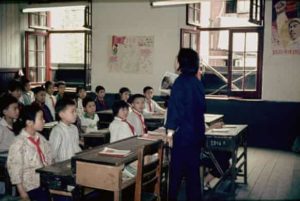 China’s schools have dramatically changed as well. Teaching has moved away from the traditional classrooms seen in the photo above to more technology-oriented ones today. 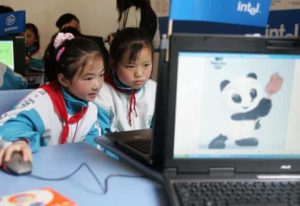 Computers have become more and more popular in schools to help with learning. 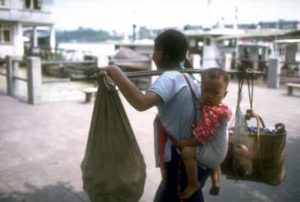 A mother carrying her child and food shopping in 1978 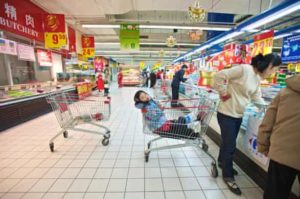 Overall, China’s way of life has taken a massive shift over the past few decades. These photos demonstrate just how much China has really changed over the past 40 years and it’s incredible! The population has seen change in every facet of their lives and can now enjoy a much higher standard of living.