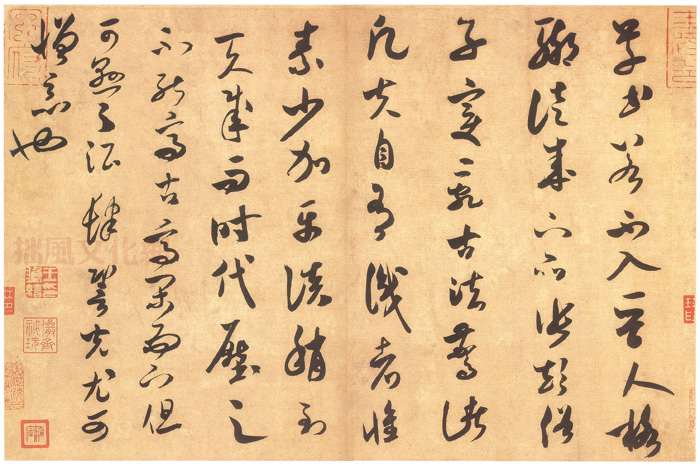 Maybe you have been thinking to yourself should I learn Chinese, but you can’t quite find the motivation to take the next step. Well, we have put together 10 compelling reasons why you should invest the time and effort to do so. Learning Chinese has so many benefits, from gaining cultural insights to seizing better business opportunities, from making lifelong friendships to travelling and seeing some of the world’s most historic and scenic attractions. In fact, there has never been a better time to learn Chinese than today! Here are our 10 reasons to learn Chinese:

One of the biggest benefits of learning Mandarin is that it allows you to uncover the fascinating country of China on your own. Of course, you could visit China on a package tour, shunted around from site to site, but these tours often result in never getting to interact with any of the locals. Whereas if you learn some Chinese you can be more intrepid and independent, venture off the beaten track and away from the tourist traps. Take the road less travelled and you will discover the “real China” that tourists rarely get to experience. Even knowing just a small amount of Chinese will be appreciated by the locals. They’ll recognise the effort you’ve made to learn their language and will go to greater lengths to make you welcome in their country.

China’s current strict COVID travel restrictions won’t last forever (we hope!). However, while you wait for the welcome gates to open again, you can get in some valuable Chinese study now.

China’s civilisation is over 3,000 years old, making it one of the world’s oldest living civilisations. China’s vast history and culture is incredibly rich, and its global impact has been considerable, from religion and philosophy to silk and pottery, from the foods we eat to kung fu and ping pong. Learning Chinese will allow you to delve deeper into China’s cultural riches. For example, you could explore renowned Chinese literature like the classic novels Journey to the West and Dream of the Red Mansion, or modern contemporary works by Nobel Prize winners Gao Xingjian and Mo Yan.

China has produced some excellent films: the historical dramas of Zhang Yimou and Chen Kaige, the comedies of Feng Xiaogang, and the action dramas of Jiang Wen are just some of the Chinese directors making entertaining, world-acclaimed movies. On the small screen, Netflix has a good selection of Chinese TV series to binge watch in their original language, and if you like music then there’s plenty of great Mandopop artists to discover.

Chinese is also rich in fascinating customs, festivals, and folklore. Again, in answer to the question, ‘Why learn Mandarin?’ learning it will introduce you to the vibrant tapestry of Chinese traditions. Incidentally you can learn about Chinese culture while you learn the language with The Chairman’s Bao (TCB). TCB uses engaging, real-life content such as newspaper articles, plus articles on Chinese historical figures, modern celebrities, and Chinese folk tales.

Over the last 35 years, China has transformed itself to become by some measures the world’s largest economy. It’s also the world’s fastest growing consumer market. Why learn Chinese if you are an entrepreneur or businessperson? Equipping yourself with some Chinese will help open doors for you inside this booming global superpower and provide opportunities to profit from the huge Chinese market. Furthermore, Chinese business is about building relationships, so learning Mandarin will give you a head start in establishing a connection with your Chinese counterparts.

China has opened itself up to the world (putting aside the recent COVID restrictions) and welcomed foreign investment and economic cooperation. There are literally tens of thousands of Western companies operating in China now. This means there is a massive demand for people who can communicate in both Chinese and English (or other languages that are important in international trade) and are able to bridge the gap between this new China and the greater world. Next time you ask yourself, is learning Mandarin worth it, just think that it may end up landing you a high paying job in one of the world’s most fascinating and dynamic countries.

Boost your CV…and impress your friends

If you’re not yet ready for an overseas working adventure, learning Chinese can still make you an asset to any company or organisation that has dealings with China, commercial or non-commercial. Competency in Chinese on your CV can transform you into somebody invaluable to the success of a project involving China. And even if your prospective employer has no dealings with China, just having proficiency in another language demonstrates intellectual capacity, discipline, and commitment, making you stand out from the crowd. Not to mention there are the kudos and admiration you will receive from friends and strangers alike when they find out your hidden talent of being able to speak Chinese.

Still asking yourself: Is Chinese a good language to learn? How about having a look at this blog post, Why Learning Chinese Will Boost Your CV.

Mandarin is easy to pick up

Chinese is considered a difficult language to master because of its unique writing system and the use of tones which can be tricky for those of us used to a non-tonal language. Having said that, Chinese grammar is very straightforward. There are no complex verb conjugations or declensions of cases to memorise. So it is easier to get started with Chinese than you might think. You can start speaking conversational Chinese relatively quickly without the burden of trying to remember verb endings for past, present, and future for example. Nor do you have to worry if a noun is masculine, feminine or neuter, singular or plural, or whether the ending changes if it’s the subject or the object. Grammar-wise, Chinese is refreshingly simple.

More ways to learn Chinese than ever

Once upon a time, Mandarin learning could be an arduous process involving huge dictionaries, endless character lists and poorly recorded audio tapes. Luckily, there are now much better ways you can learn Chinese. TCB and other platforms, like Pleco and Skitter, have revolutionised the way students study Chinese, encouraging the ‘little and often’ approach, with greater proven benefits. The internet has a wealth of resources, many of them free, to help you learn, from YouTube videos to entire online courses. And smart phones with all the tailored apps available, make learning Chinese easier and more convenient than ever before.

Communicate with a billion Chinese people

Why learn Chinese, will it be practical, is one question you might be asking yourself. Well, Chinese is the most spoken language in the world, 1.3 billion speakers in fact. With so many potential speaking partners, it would be almost impossible to learn the language and then never speak it! And only through speaking Chinese can someone really experience everything that China and its millennia-old civilisation has to offer. Chinese language skills open up just over 1.3 billion people across China and beyond!

1.3 billion Chinese speakers means 1.3 billion potential new friends, because speaking a person’s native language can break down barriers and allow you to get closer to them. Even if you don’t plan on travelling to China in the near future, there’s always the internet and apps like WeChat to meet and get to know Chinese people. Plus of course there is the enormous Chinese diaspora across the world. Over the years Chinese have immigrated to all corners of the globe. So no matter where you live, chances are that you will be able to find a Chinese speaker not too far away. Learning Mandarin gives you access to communicate with many people and connect on a deeper level, not just in Asia but across the world!

Studies suggest that learning Chinese uses more parts of the brain than are required for other languages. As there are numerous differences between learning Chinese when compared with the English language, including tones and characters, it is believed that learning Chinese takes more brain power! Whereas English speakers only use the left temporal lobe, speakers of Mandarin use both. Furthermore, learning to write characters can help with motor skills and visual recognition keeps the mind sharp. Research also suggests that learning a language like Chinese that is completely different to European languages is effective in building brain pathways, which in turn reduces your chances of acquiring Alzheimer’s or other dementias. You could say that Chinese doesn’t just make your brain smarter, it makes it healthier too!

Hopefully we’ve now answered your questions on why learn Chinese, and you have made the decision to start learning Chinese. If you are now wondering where or how to begin, The Best Apps to Learn Chinese – An Honest Review gives you tips on using your phone to learn. If you want to start reading in Chinese, The Best 10 Free Chinese Reading Materials for Beginners to Learn to Read Mandarin will point you in the right direction, as will the blog post, Learn How to Read Chinese Characters Using Apps. And for those who are more audio-visual learners, you can have a look at How to Learn Chinese by Watching Chinese TV Dramas.

Enjoy learning Chinese and see if it doesn’t make significant changes in your life! 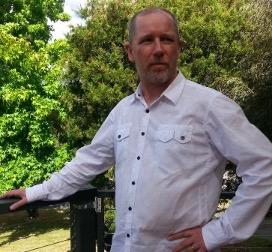 Nick is an English teacher who has taught English as a Foreign Language in China, Italy and France. He has a Bachelor of Arts (Modern Languages), majoring in French, from the University of New South Wales. He loves travel, reading and football and, of course, learning languages. Four years ago, Nick and his wife co-founded an online English language school targeted at the Chinese market (since sold to Chinese investors). He has also ghost-written the autobiography of a well-known Australian horse trainer. 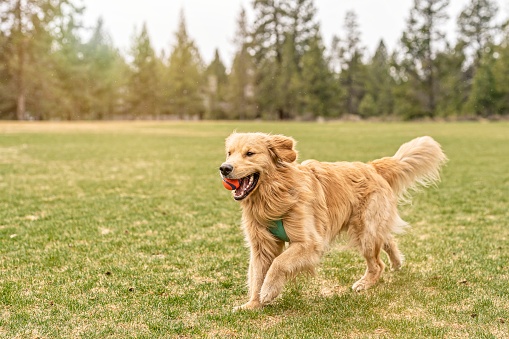 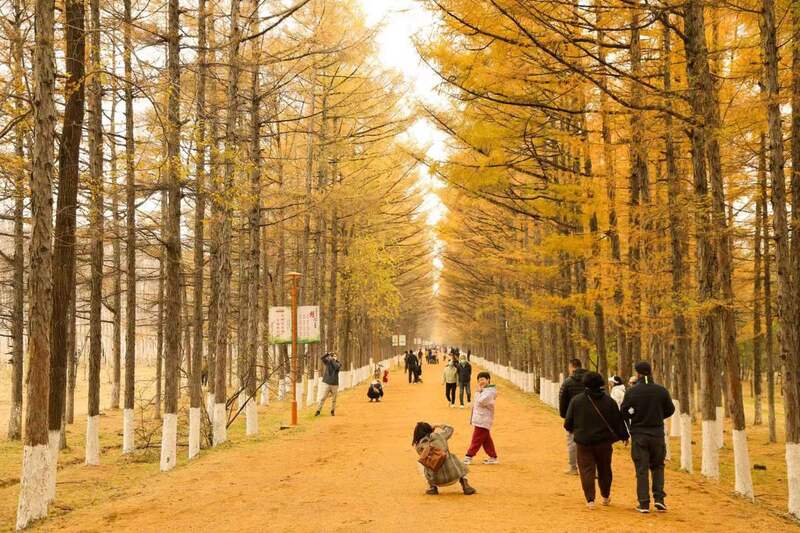 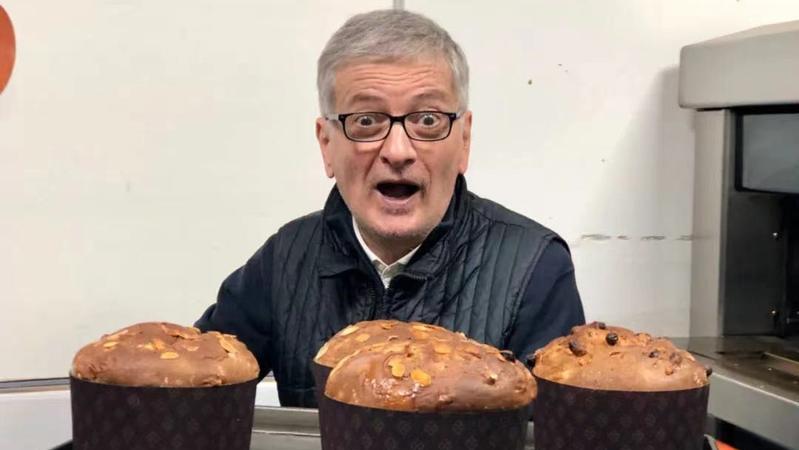