What to Avoid When Giving Gifts in China

An important part of any friendship is gift giving, however there are certain gifts that should be avoided in China. Here’s our guide of what not to give – notice how many of them share the common themes of death and separation:

Fruit is a common gift in China, but an exception is made when it comes to 李 lǐ (pears) because it sounds similar to 离 lí (to separate/depart), which could symbolise a break-up. Apples are a good gift in China, but keep an eye out for Chinese pears that look very similar to apples to avoid a slip up!

送钟 sòng zhōng (send clock) sounds like 送终 sòng zhōng  (to pay one’s last respects) so is associated with death. Clocks are also seen as a symbol of time running out, which could imply the end of a relationship. 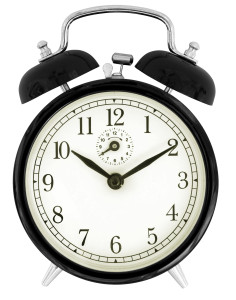 The saying goes ‘一刀两断’ yī dāo liǎng duàn (one cut and it’s in two parts), which refers to a clean cut at the end of a relationship. Nobody wants to be the one administering the final ‘slash’ in somebody else’s relationship, so avoiding sharp objects when giving gifts is certainly a must!

伞 sǎn (umbrella) sounds like 散 sǎn (lose/fall apart) so is again symbolic of the end of a relationship. That being said, I’m not sure people would be so quick to turn down an umbrella here in the UK – it’s always raining!

Anything with the number 4

As many of you already know, 四 sì (four) sounds similar to 死 sǐ (death) and is missed out wherever possible in China – many buildings, for example, will ‘skip’ the fourth floor by jumping straight to the fifth. Therefore, any gifts given in sets of four should be avoided. I guess that’s Connect 4 out of the window!

带绿帽子dài lǜ mào zi  (wear a green hat) can signify that the wearer’s wife is unfaithful – certainly not something you want to imply when trying to treat somebody with a gift!

鞋 xié (shoes) sounds just like 邪 xié (bad luck/evil) so should never be gifted in China. Shoes are also something you walk upon, so receiving them as a gift could be seen as somebody trying to put you down.

If you know of anymore that you would like us to add to the list, please get in touch here