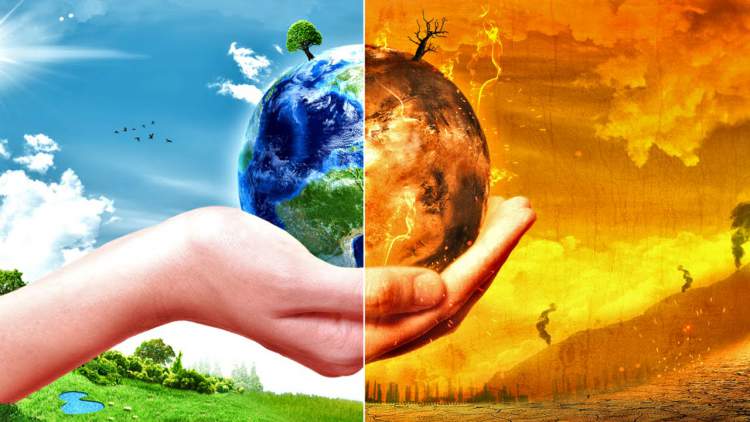 The Renewable Future Will Protect US from Ourselves

In the climate change news that I have been following, the most talked about issue is how the U.S. will no longer be a key player in battling climate change, opening the door wide for China to be the world leader in renewable energy sources. There are many reasons to think this. It is no secret that the U.S. is currently undergoing an identity crisis, and the future leader of the country is all too comfortable in saying that the majority of the scientific community is wrong on climate change and there is no pressing need to pivot away from fossil fuels and towards renewable energy. Personally I am all for China taking the lead because I do not really care who does it, so long as it is done. However, there is still much ground to believe the U.S. will continue to move towards renewable energy, even if the leaders are doing everything in their power to slow this down.

The most exciting legal action being taken in the U.S. right now is a case in which a group of young people, ranging in age from nine to 20 years, are suing the federal government over its lack of action against climate change. Their right to life, liberty, and property is in jeopardy, according to them. By not doing enough to protect the future from the harm of climate change, the U.S. government is failing to protect these rights. They filed their lawsuit in 2015 and their first victory came in April of 2016 when U.S. Magistrate Judge Thomas Coffin denied the government’s and fossil fuel industry’s motion to dismiss the lawsuit. Again they achieved victory in November of this year when Oregon Federal Judge Ann Aiken confirmed their lawsuit by doing the same thing.

Legal fees for this lawsuit are being handled by the nonprofit organization, Our Children’s Trust, which is dedicated to preserving a healthy atmosphere and environment for children and future generations. This is an example of what the Trump administration will be up against if it stays its current course on climate change. Young people in the U.S. are not only interested in video games and bubblegum, they are interested in their future on this planet being a healthy one. And there are organizations already established that are ready to help them take the fight on a serious level. Success of this lawsuit seems dubious due to there being a lack of a precedent, however the leading legal council Julia Olson believes the suit has a good chance because it has already overcame the huge barrier of whether or not it is valid. The trial is expected to begin in mid-2017 and is one to definitely watch out for. Success can mean the federal government being forced by law to be much tougher on climate change.

Another aspect of carbon reduction and renewable energy expansion in the U.S. is what is done on the market. The federal government can certainly exercise an influence over it, but can never directly control it. Therefore, companies like Google, who claim they will be entirely emission free by 2017, are free to pursue this goal. Over the past ten years, Google has been making large investments in renewable energy, specifically wind and solar energy producers. Google takes power from the same grid that everyone else does, meaning its power comes from a variety of energy sources. The important difference is that with their investments they have directly added a significant amount of renewable energy to the grid. The amount they have added and continue to add will offset all fossil fuels they consume. Google consumes as much power as two 140,000-person towns, so not having a net influence on the grid is very important and likely will influence other companies to follow in this trend. Critics suggest that if Google really thinks they can be powered by wind and solar, then they should plug their data centers directly into these power sources, which they do not. However, the loudest of these critics have close connection with coal companies, so they certainly have a dog in this fight. It would be as if there was a trend in China to move away from using chopsticks in favor of silverware. The chopsticks industry would lose its mind.

Many research groups are also doing their part by making it so very clear how the future is based in renewable energy. The National Resource Defense Council (NRDC), a not-for-profit organization founded in 1970, publishes an annual report on the state of environmental protection in the U.S. This year’s report has made it very clear that despite the incoming administration, the renewable energy economy will inevitably continue to grow. Their report details how 20% of U.S. citizens live in a state with a goal of at least 50% of its energy coming from renewable sources. Also it shows that coal energy sources have been dropping and are at a record low. The movement towards cleaner energy, according to the NRDC, has built up enough momentum to survive a lack of support from the federal government.

Along with this, in early December, an open letter to Donald Trump was signed by 800 Earth Science and energy experts from 46 states within the U.S. They too take the position that renewable energy is inevitable and will not be stopped, and they give him six key suggestions to be a leader in this instead of a denier. The first is to make America a clean energy leader, which will have obvious benefits to the country’s economy. Next, reduce carbon pollution and dependence on fossil fuels, enhance preparedness and resilience to climate change, acknowledge publicly that climate change is human-caused, protect scientific integrity in policy making, and uphold America’s commitment to the Paris Climate Agreement. The last suggestion/demand is I think the most important for the U.S. position on the world stage. If the federal government backs out of the agreement, it will certainly cause a lot of anger (even more) towards the U.S. and make it all the more difficult for it to have influence in the Western world.

To me it has become quite clear that within the U.S., climate change is hardly just a federal issue. With or without Trump, it appears that States and more local governments will be the main proponents and leaders in the renewable energy industry. However, the federal government will still have to answer for crimes against the future if it does not get its head on straight about climate change. The lawsuit brought by the group of youth is likely not to be the last. Research and economic experts will continue to make the case that renewable energy is the future, as can already be seen based on changing market trends today.