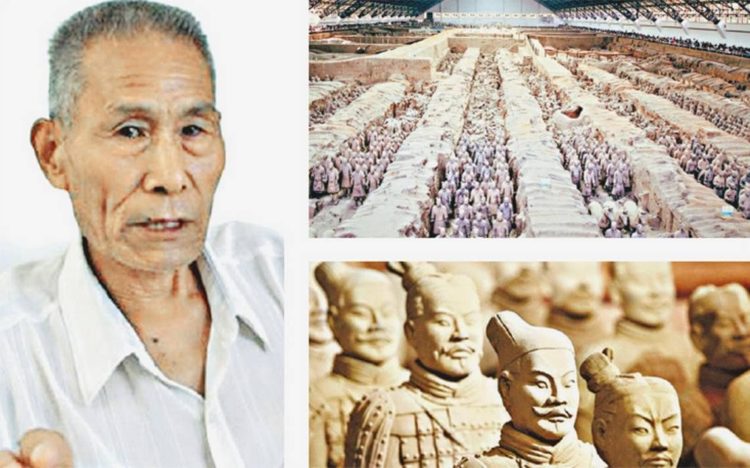 The Chinese archaeologist who was credited with the discovery of the 8,000-man Terracotta Army has passed away, aged 82. Zhao Kangmin first set eyes on the Warriors in 1974 after farmers near China’s central city of Xi’an accidently discovered the pieces when they were digging a well.

Painstakingly carved battalions of soldiers, archers, charioteers, with detail as intricate as fingernails, the Terracotta Army had remained untouched for more than 2,000 years prior to its discovery. The farmers in turn alerted Zhao – then a curator at a local museum – to the find. “Because we were so excited, we rode on our bicycles so fast it felt as if we were flying”, Zhao is reported to have said.  When he arrived, Zhao ordered the farmers to collect fragments of the broken soldiers and load them into three trucks for closer inspection at his small museum.

The Terracotta Army is spread across 600 sites and 22 miles, amounting to the largest tomb in Chinese history. Commissioned to protect China’s first emperor, Qin Shihuang, in the afterlife, it is now a UNESCO World Heritage site, and a major symbol of ancient Chinese cultural and creative sophistication. It is also one of China’s most popular tourist destinations.

The Terracotta Army consisted of more than ten colours, including scarlet, pink, green and red, however must of the surface colour was lost after the site was exposed during the excavation. It is reported that the colours began to change just 15 seconds after they were unearthed to become what they are today.

The group of farmers petitioned the government in 2004 for recognition of the part they played in the discovery, however it is unknown whether their claims were upheld. Zhao maintained that he deserved the credit for the discovery because he stopped the farmers breaking the works, collected the fragments and reconstructed the first warrior.

There are now exhibitions worldwide which show the Terracotta Army in its true colours after various restoration projects.