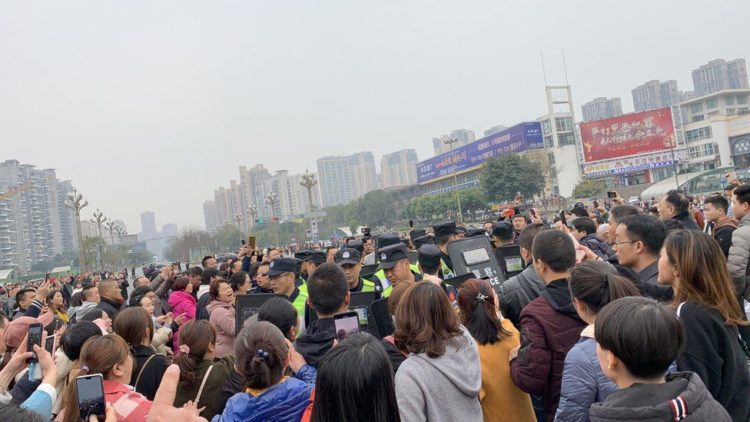 Uproar broke out last week in Chengdu after parents discovered mouldy food in one of Chengdu’s most prestigious private schools, Chengdu No 7 Experimental High School. The discovery was made after parents became suspicious of the schools food as their children had come home with bad stomach pains and various illnesses.

Parents were outraged after they made the discovery of mouldy meat, bread and seafood, which looked as though it had been there “for years”. One parent reported that it was comparable to pig slop, it was “stinky and disgusting”.

After photos spread amongst parents on social media, hundreds of parents stormed the school gates in protest. 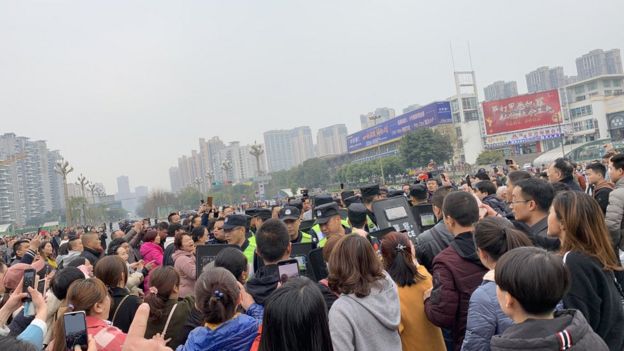 Videos later emerged which showed police using force against protesters, including 1 man being wrestled to the ground. Subsequently, 12 people were arrested for causing massive traffic hold up and for insulting the police. They were later released.

However, authorities have since claimed that the school was set up by the parents after they found some suspicious CCTV footage. 3 people have been detained after cameras showed a large group of people breaking into the school canteen’s store room on the evening of March 12th. Whilst there, it is reported that they trampled on food and took photos.

Revelations of the scandal led to 900 school kids being taken to hospital for check ups where 3 kids were hospitalised. One was for acute appendicitis, the second for inflamed lymph nodes and the third child had acute gastroenteritis. Authorities have ruled out any possibility of a food-related disease outbreak from the school.

Additionally, 18 samples of the food were tested and only one of the foods came back reportedly “sub-standard”, which were noodles containing mildew.

Whether the mouldy food was staged or not, the principal of the school has been fired as a result of the mega scandal. The local government is investigating the issue into the former “model student canteen”.

This isn’t the only protest to have been going on recently, last week China’s goths united in protest after a girl was asked to remove her makeup in Guangzhou subway. Read more here!