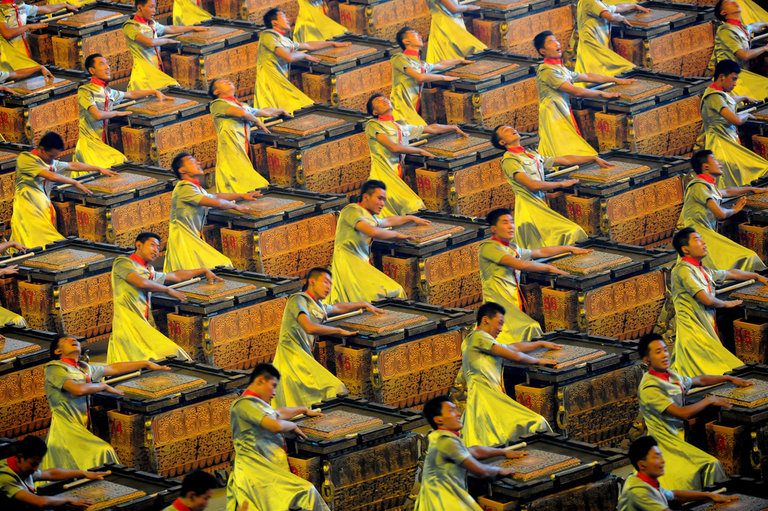 Back in February we brought you out list of our favourite songs in China at the time. We recently had a request to update the list, so here goes! My personal favourite is the first one.

We first turn our attentions to James Morris-Cotterill, a London-born singer with a British father and a mother from Hong Kong. To be absolutely truthful, I hadn’t heard this song before today but now I can’t stop playing it! James took part in ‘Chinese Idol’ in 2013 and found fame after quitting his job at an insurance firm in the UK to pursue his musical career in Taiwan. This song was originally recorded by Eason Chan in 2007. Tissues at the ready!v

我来到你的城市，
Here I am in your hometown,
走过你来时的路，
I walk the streets you once walked.
想象着没我的日子，
Imagining the way you feel,
你是怎样的孤独。
The loneliness without me.

拿着你给的照片，
Holding the photo you gave me,
熟悉的那一条街，
That street we both know so well.
只是没了你的画面，
It’s just this time you’re not here with me,
我们回不到那天。
We can’t go back to that time.

你会不会忽然地出现，
Maybe you’ll suddenly show up here,
在街角的咖啡店，
In the cafe down the road.
我会带着笑脸，
I’ll smile at you and wave,
挥手寒暄，
We’ll just say hey,
和你坐着聊聊天。
Sit and talk the day away.

我多么想和你见一面，
How I long to see you again,
看看你最近改变，
And see the ways in which you’ve changed.
不再去说从前，只是寒暄，
No talking about old days, we’ll just say hey.
对你说一句，只是说一句，
I’ll say one thing, just one little thing,
好久不见。
Long time no see.

Next, in what appears to be China’s answer to Gangnam style, we have the upbeat ‘Feel Cool’ (we needed something to bring you back up after the last song). Clear a bit of space, because you’re about to start shifting some serious shapes.

This song was the most popular song in China in 2014 and the phrase ‘时间都去哪儿了 – where has the time gone’ began to appear everywhere – even Xi Jinping got in on the action! China’s President quoted the song when describing to a Russian broadcaster how busy he was when he first took office.

Now for a couple of timeless classics. Khalil released his album of covers in 2009, on which this infamous song appeared. The original song was written by Faye Wang (who appears below!).

This song was a runaway hit in the 90s, but has since been covered by a variety of artists, such as Sammi Cheng and Gigi Leung. I think we’ll stick with the original for this one, though!

If you didn’t catch the first edition of this blog, you can find it here. Feel free to send us any suggestions and we’ll happily add them on – is there any particular song that has helped you learn Chinese?