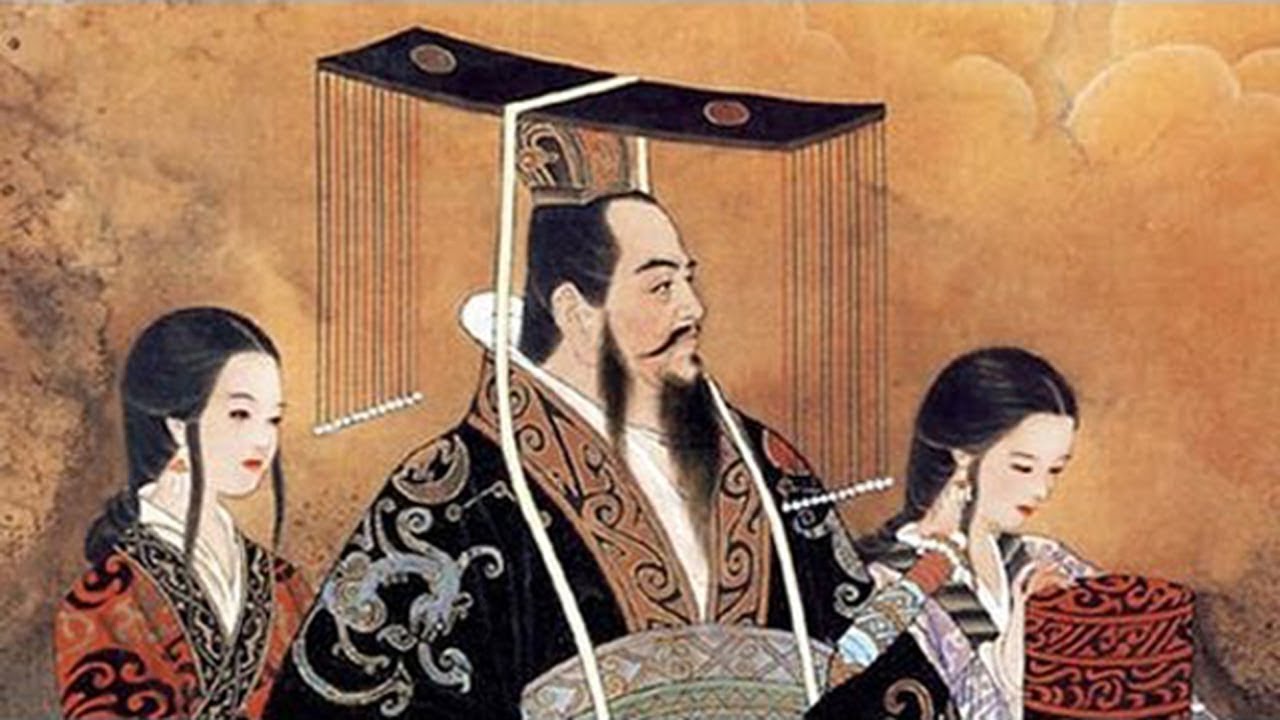 The story of Qinshi Huang begins during a period of civil war in China known as The Warring States period, which was a struggle between the various different states within China for supremacy, with the ultimate goal of uniting the country. The date most often cited for the beginning of the wars is 475 BC and overlaps with the second half part of the Eastern Zhou dynasty, by which time the King of Zhou was primarily a figurehead of Chinese rule. This period saw the dukes of all the Chinese states declare themselves kings and embark on campaigns to attain the new mandate of heaven, ultimately ending with the First Emperor’s victory and the start of the Qin dynasty of a unified Chinese empire in 220 BC.

Much of the historical records for the First Emperor comes from the works of the renowned historian Sima Qian during the Han dynasty. According to these records, the First Emperor was born with the name Zhao Zheng, the eldest son of Yiren Prince of Qin in 259 BC. However despite his apparent royal lineage, there were widespread rumours at the time that he was in fact not fathered by the prince but was instead the son of a merchant called Lu Buwei, who had consented to the prince marrying his concubine when she was in the early stages of pregnancy with his child. Whatever his lineage, the young boy was raised in the royal house and given the appropriate titles afforded to one who would one day inherit the throne.

When Yiren died in 246 BC after just three years on the throne, Zhao, who was just 13 at the time, ascended to the throne, gaining full power nine years later. The first 15 years of his reign were not without incident, as the young king survived two assassination attempts and two attempted coups, yet he was able to oversee the conquest of his rival six states. First Han, a weaker state bordering Qin fell in 230 BC, then Wei in 225 BC when the Qin army flooded the capitol city in order to force a surrender. Chu fell two years later in 223 BC when the Qin general Wang Jian deceived their forces by leading them to believe an attack was not imminent, only to then invade in full force, catching them unaware and completing the conquest. Zhao and Yan fell a year later in 222 BC and finally Qi in 221 BC. For the first time in all of China’s history, the country was now united under one ruler.

Unlike monarchs from previous dynasties who had taken the title of “king”, Zhao took up the self-made title of “Emperor” under the name Qinshi Huang (秦始皇), literally “The First Emperor”. Working closely with his minister Li Si, Qinshi Huang embarked on a period of economic, political and social reforms aimed at standardising the diverse practices that had arisen across the various populations of different self-governing states. All forms of feudalism were abolished with the country divided into administrative units, with people thus no longer identified by their former feudal state. Appointments in the government of each region were henceforth also made on merit rather than hereditary rights. Units of weights and measurement, currency and cart axles were standardised across the regions, bringing substantial economic benefit. Finally and perhaps most importantly, the seal script for the State of Qin was adopted across the whole country, replacing regional scripts to form one language for all Chinese people. Qinshi Huang’s reign is also known for the construction of a precursor to what is now the Great Wall in an effort to deal with his wars with the nomadic tribes of the north.

While the Warring States Period was filled with political turmoil it was also considered a golden age for free thought. During this time the Hundred Schools of Thought which incorporated ideas such as Confucianism, Taoism, Legalism and others were widely discussed in an era that allowed intellectuals to debate ideas freely on lifestyle and social consciousness. Qinshi Huang however saw such freedom as a danger to imperial rule with a large possibility of breeding descent and so abolished the practices, instead focussing on one of the school’s areas of thought called legalism, a system that focusses on the rule of law and appropriate punishments for crimes. It is at this time that one of the most famous events of Qinshi Huang’s reign allegedly took place, the burning of books. The Emperor ordered all books with the exception of those on the topics of astrology, agriculture, medicine, divination, and the history of the State of Qin to be burned. Several books were branded illegal and owning a copy would be met with the harshest of punishments. It also is said that Emperor buried 460 scholars alive when they were found in possession of the outlawed books. However these acts are considered doubtful by some who have examined accounts from the time, with some believing that the burying of the scholars is in fact a Confucian legend, and that they were in fact a group of alchemists who had deceived him, only for them to be replaced by scholars in latter versions of the story.

The latter part of the Qinshi Huang’s reign was dominated by his search for the elixir of life. The Emperor greatly feared death and desperately sought immortality, often falling victim to those who would deceive him with potions of various concoctions. He is known to have visited Zhifu Island in modern day Shandong Province three times due to a legend of a mountain of immortality. He even sent hundreds of people on a quest to find the mythical Mount Penglai, where the Eight Immortals of Chinese mythology and the magician Anqi Sheng are supposed to dwell. The Emperor is said to have previously met the magician on his travels and received an invite from him to the mountain. Perhaps unsurprisingly these explorers never returned, perhaps fearing death for their failure, a fate know to have befallen many of the scholars who had been unable to succeed with their supernatural task. It is even said that in the latter years of his life he became quite mad, fighting imaginary giant fish and on one occasion sending 3,00 prisoners to deforest a mountain that he believed was responsible for summoning winds and delaying his river crossing.

Ultimately, his pursuit of immortality was of course unsuccessful and Qinshi Huang died in 210 BC. Then in 1974, local farmers near Xi’an in Shaanixi Province made a historic discovery, uncovering what is now widely known as the Terracotta Army and tomb of the First Emperor. The army, comprised of 8,000 warriors, 130 chariots and 520 cavalry were built to protect the Emperor in the afterlife. Sima Qian’s records make reference to the construction of the tomb, with the project beginning in 246 BC and eventually needing over 700,000 workers for its completion. The tomb itself forms part of a much larger necropolis covering 38 square miles, built to imitate in part the Emperor’s imperial palace and with rivers emulated using mercury. Archaeological evidence has also uncovered female body parts, leading many to believe that the Emperor’s concubines were entombed with him for service in the afterlife.

As the first man to unify China it is understandable why Qinshi Huang holds such a prestigious place in Chinese history. His reign brought peace after the long years of civil war and standardised systems that brought prosperity to the people, establishing the building blocks for future Emperor’s to rule a unified nation. However his reign is not without controversy as perhaps the Emperor became too engrossed in the previously unprecedented power at his disposal.