Durian Sending Drivers Over the Limit

Don’t durian and drive! You might get done for drink driving.

A man in Rudong County was pulled over this week on suspicion of drink driving, and as police officer’s expected, he was over the limit. However, the man protested that he had not been drinking, he had just been eating durian before driving.

After that, he was then given a blood test which showed there was actually no alcohol in his blood, despite what the breathalyser had said. This put the man in the clear.

The discovery prompted local police to test it out themselves and check the legitimacy of the man’s claims.

On Pear Video, a Chinese video streaming site, it showed a Chinese police man being breathalysed after eating some durian. After eating the durian, his alcohol level showed up as 36mg per 100ml. In China, the legal limit is 0.02%, about 20mg per 100ml. 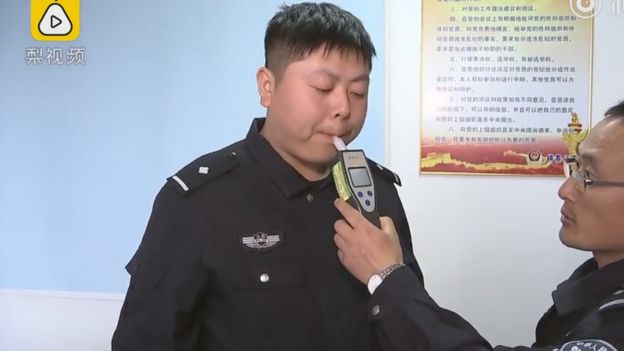 3 minutes after the first test, he was breathalysed again and the test showed 0.0%. After the test, police warned the public to avoid eating durian before driving, along with other products which may also show a positive result such a mouthwash and lychee.

What was the reaction?

In response, the Pear Video received thousands of comments with mixed reviews. Many were surprised with the news, whilst some were outraged as it’s a “waste of people’s time”.

Some people demand the police apologise to the interrogated man for wasting his time, “Do you have to waste innocent people’s time, frighten them and then stick a needle in them to eliminate suspicion?” one Weibo user asked.

Other’s joked about the smell, asking how could someone eat a durian in such a confined space as his car?

However, this is not the first time this has happened. Other products are known to make positive readings on breathalyser tests, such as even hot cross buns!