Home » Blogs » Life in China » China and the US: The Biggest Players in Global Climate Change 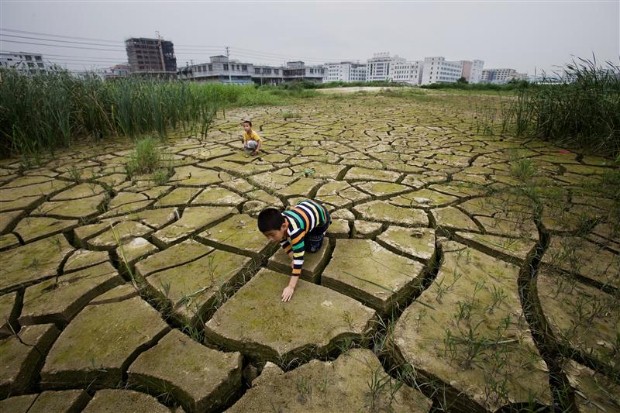 China and the US: The Biggest Players in Global Climate Change

The climate is changing. The climate is changing. The climate is changing. This fact is so important it deserves to be repeated. This year will be the hottest year on record, just like last year was the hottest year on record, and the year before that. Although we are abound with skeptics, there is enough evidence to suggest that humans have played a significant role in the heating we are seeing now. The truth is that we have waited too long to mitigate a very uncomfortable and very warm future, but we have also finally en masse decided to start doing something. Even though the predictions of future warming are not hopeful, there are still many reasons to hope that we will survive the long summer.

The world’s two largest emitters of greenhouse gases are China and the United States respectively. This is special to me because I hail from the U.S. and hang my hat in China, as I have been doing for the past four years. I consider both countries to be home and am deeply concerned with the efforts each are doing to curb harmful emissions. I was thrilled last year when both countries accepted the Paris Agreement. There it is, that thing you’ve heard of but you’re still not quite sure what it is. The Paris Agreement deals with limiting and eventually cancelling greenhouse gas emissions. In 2015, 193 countries signed the agreement, and earlier this month it was officially ratified by 100 countries, including China and the United States. The big idea of the Paris Agreement is that it will go into full effect in 2020 and will be a system for holding countries to their harmful emission mitigation obligations, and transferring wealth and technology from developed countries to developing countries so that all involved can take part in this step forward.

As you read this now, you know that there have been some big changes on the U.S. side of things. I will not go into this here but I know that there is still hope. The Paris Agreement was designed to withstand a player like the U.S. backing out. Even more, if the federal government does not play its part, there are many local governments within the U.S. dedicated to doing their part to uphold the U.S. Paris Agreement obligations. For example, the governor of California, Jerry Brown, recently said publicly that California is entirely in support of the Paris Agreement plan. There is still hope for the U.S. to be a productive member.

China has proven itself to be a gigantic supporter of the Paris Agreement initiative. Chinese officials have stated very clearly that they intend to do their part and have also been urging the U.S. to continue down this path with them. Also China has shown that it intends to be the world leader in renewable energy before the end of this century. I was fortunate to see a piece of this when I was traveling through Xinjiang and witnessed solar panels and wind turbines as far as the eye could see.

Both countries will play an important role in the coming years for the advancement of renewable energy resources and cut backs on harmful emissions. I do believe that the U.S. will get over the existential crisis it is currently going through and I believe China will be an important leader towards preserving the future for those that come next. For the time being I will continue to monitor the activities of both countries in regards to climate change and report back here. If you have yet to pay attention to climate change, now is a great time to start learning about what actions you can take to do your part for keeping the future available to those that will come after us.