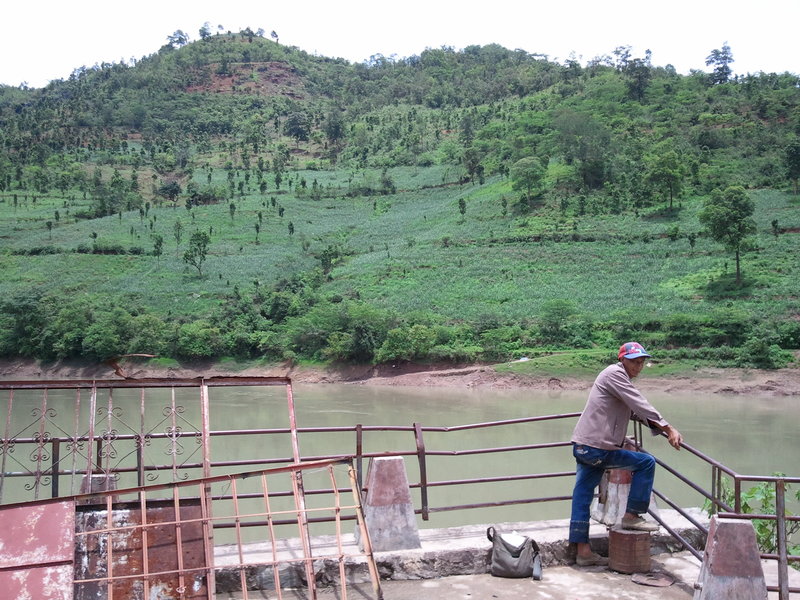 Time flows differently in the village. There’s no need for clocks or calendars. The hours are marked by how many sunflower seed shells lay on the flour and the days by how many fish remain idling in Styrofoam traps. If there are no sunflower seeds scattered around, it’s still early and the revolving flow of relatives haven’t started their daily rounds. No fish left lazily flapping their fins? It’s time to reverse the world’s largest migration of humans. Spring Festival is over.

Sunrise on the first day of the Chinese New Year means firecrackers. Don’t count on any sleep. Anytime after the sun starts to cast its warming rays is appropriate to induce chemistry to create ear-splitting bangs and retina searing flashes. The various couplets calling for good luck, health, and wealth must be hung before the sun sets on the dusty vista of gray three story buildings. After sunset on the first day, it’s finally appropriate to clean up the mess. You can’t tidy up while the sun still shines lest you risk sweeping away all your good fortune for the entire upcoming year.

Just because night arrives doesn’t mean the fireworks stop.  The ghostly apparitions haunt the air in the form of dust and smoke, creating an ethereal bewitching hour over the land. While the exploding spirits wisp, whistle, and float throughout the air, their countless corpses lay scattered over the land in a massacre.

The day is centered on two events –lunch and dinner. Lunch is the big meal, and it means tons of dishes. It also means tons of baijiu. Very hard liquor at noon? Pour another glass. It helps pass the time in between these two focal points filled with lots of nothing, or something. It depends on how you look at it. There could be standing, or sitting. Maybe some snacks? Don’t count on getting any work done though, because no matter what time it is –when more serious affairs are attempted, the wild village children with grubby hands crawl out of the woodwork to swarm.

Large passages of time are marked with heavy explosives. It’s grandpappy’s 70th birthday? Celebrate it with a cartload of powerful fireworks. He’s 90? He gets two carts of even bigger fireworks. I fear him reaching triple digits, lest the very earth itself rattles in convulsions and the sky splits apart with explosions of trinitrotoluene like proportions.

Getting away from the parents house, we venture out for an exciting adventure, a walk around the neighborhood. We explore the new development by the recently opened gates of the middle school. Brightly coloured flags flutter in the wind and promise an exciting new urban development, yet out of approximately 100 units only two appear to be occupied. One is taken up by the retail estate sales center for the complex complete with obligatory sales babe. The other is a small grocery store occupied by a relative. It seems completely frozen in time, unmoved by the unrelenting passage of the minutes, hours, and days outside. We stop in for a chat. I mention we should drink a beer. Unfortunately, the beer is long past the expiration date. I receive hot water instead, but the glass shatters as if it were objecting to rejoining the temporal flow. The cup was shaken down to its very core. The atoms and molecules, agitated as they were, shook violently. In the end, they returned to their immobile silence, and no one could ever use them again. The excitement of the day was over.

Another day, no one knows exactly when since the liquids and fumes of strong Chinese rice wine further blur the odd passage of time, we zoom through the narrow country roads past dilapidated farmhouses. We stumble upon an ancient temple with a towering pagoda. Monks in robes tend to bleating goats. With thousands of years of history, this temple might have roots set in ancient times. Might. We read a sign by the front door. Constructed in 2013.

In a contradictory twist, the time passes slowly, yet quickly. Then it’s time to board the nightmare bus stuck in nightmare traffic, where all time slows and the 10-hour journey that should be 6 hours somehow ends up taking 12 hours. The holiday is over. Back to work. The brief respite from the city is over. The sun sets on village life. See you next year.