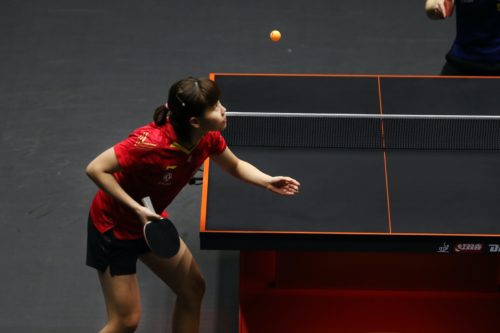 Chinese champions are dominating leaderboards in a variety of sports.

In our previous post, we spoke about trending sports in China. In today’s article, we’ll be introducing you to the top athletes to watch in 2021.  From badminton to gaming, we’ve got you covered!

Liu Shiwen is a trailblazing table tennis star. She has an impressive track record which includes five World Championship wins. In addition, she’s won three times at the TTF World Tour Grand Finals and four times at the Asian Cup. She’s currently ranked fifth in the world and hoping to take the top spot once more. Her skills are so impressive that between 2012-2016 her ranking never fell below first or second place. It’s no surprise that she’s on track to represent China at the Tokyo 2021 games. One of her biggest rivals is her teammate, Ding Ning, another champion of the sport.

Figure skating has always been an enchanting sport both in China and abroad. Sui Wenjing and Han Cong are a skating pair that have captivated spectators nationally and internationally. The pair began competing together in 2007 and since then they have gone on to obtain numerous medals at international competitions. Between the two of them, they won the silver medal at the 2018 Olympic Games. More recently,  they excelled at the 2019 World Championship along with the 2019-20 Grand Prix Final Championship in Turin. The past few years have been a catalogue of non-stop wins on the rink.

Xu Can is a Chinese champion who packs a punch. He currently holds the World Boxing Association (WBA) featherweight title. What’s more impressive about Xu Can is that he is China’s first WBA champion. This makes him both an underdog and a national treasure. All of this has helped popularise boxing in China. China is now hoping to boost its international boxing profile by applying athletes for heavyweight titles.  Since his initial win,  Xu Can has had 20 fights with only two losses. The boxer is also popular online for his fitness videos including one where he fires 110 punches in 10 seconds!

E-sports has transformed gaming from being a common hobby to a recognised sport. China has had a long gaming culture so it’s no wonder it has the world’s largest gaming market. As a result, China has developed some of the world’s top-ranking players. Yu Wen-Bo, also known as JackeyLove, is one of these players. He is professional of player of the widely popular Leagues of Legends. The twenty-year old’s professional career includes being the 2018 and the 2020 world Champion. Starting at just fifteen years of age, the player has reached the semi-finals for every international competition that he’s played in.

What do you think about our list? Are there any athletes you think we’ve missed out?